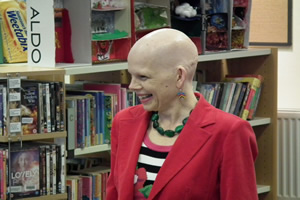 I’m a technophobe who once scorned Facebook, thought blogging was for nerds and declined to tweet when Candy Jar said I should.

Now I’m a social network eco-warrior. And I’m blogging because, as my lovely Magic Oxygen publishers pointed out, it makes sense. I love words. They can work in different spaces and in different ways. So here’s the first blog, about words.

They can hurt. Once in the playground when I was eleven, a friend waited for me to join her and then said, “Your legs are like tree trunks.” She was skinny and pretty but I’m sure she’s learned empathy now. A few careless words can have a huge impact. Maybe I wouldn’t have been picked up from college to be fed at home without them. But maybe without them I couldn’t have written about bullying, or low self-esteem – or the destructive power of words!

They can inspire too. Look at Mandela, Gandhi and Martin Luther King. Sometimes they go down in history, or even shape it. As a novelist I hope the words I choose to tell my stories can move, stir and inspire people in their real lives. That’s why I edit and redraft again and again. Those words count. I learned that from my dad as a child, when I watched him writing a poem. He was totally absorbed and committed. And he would cross out repeatedly because he knew words have a music as well as meaning, that they’re delicate as well as powerful, beautiful as well as dangerous, subtle and playful and vivid and mysterious…

Kids love words as they discover them, like Steve Backshall discovering unknown species and finding out how they work. Their delight in them is imaginative, so author workshops on simile or metaphor are always rewarding. I used to find that even in Y3 or 4 children knew a triple tick sentence when they heard one. They found them just as easy to identify as a great story. I believe authors who dumb down with teenspeak disrespect readers so I credit mine with intelligence, depth and curiosity. As a teacher I sometimes had to write my own complex sentences as models because certain children’s authors don’t use them!

Writing for different ages and in different genres allows me enormous freedom to explore language and create a range of styles with their own registers, rather than getting stuck in a groove, like some adults do as readers. (“I only read crime fiction”??) Children are open. Some will read everything I write, and I suppose that means there’s an essence of me that underlies or inhabits each book regardless. I hope so. Surely that’s how we make connections. That’s why I knew before I met him that I’d love Michael Morpurgo. I knew him, in some elusive way, from his storyteller’s voice. Whether that’s because of his own particular, distinctive way of combining words, one sentence after another, or because his soul finds inexplicable expression between those lines on the pages, who knows? Words are magic anyway.

3 thoughts on “My New Blog”