The purpose of fiction 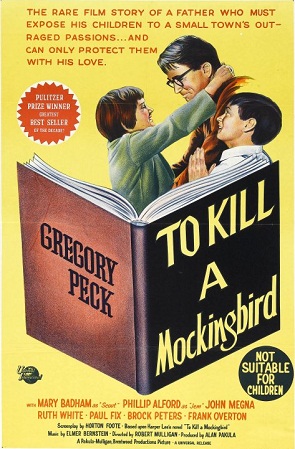 The BBC’s charter identifies its purpose: to inform, educate and entertain. This blog is not concerned whether it now achieves these goals (although I am concerned about that) but debates the purpose of the author in writing a novel. It might sometimes appear that authors write for money, fame or self-promotion – but if that’s the case, a VERY tiny minority succeed. But some – Alan Gibbons, Malorie Blackman and Michael Morpurgo, to name three I respect – write from conviction, to explore real issues important to them. Do writers have a purpose or role in society and if so, do these three verbs fit?

The most dispensable would seem to be inform. After all, that’s a news reference; it means to disseminate facts. (In fact, this is part of my concern about a corporation that follows a Daily Mail agenda and has virtually created Farage while overlooking climate change…) Novels are fiction. And if there’s a fine distinction between inform and educate it’s one some politicians allow to slip through their fingers, refusing to allow information about the climate crisis to educate their policies and actions. Then again, how could Harper Lee educate us all about racism without informing us, creatively, about the shape it took – in individuals, their psyches and actions, translated into characters and plot? I’d argue that the kind of informing such novels do is indirect and imaginative but founded on real-life experiential truths as perceived by the author. Without the particular kind of information they provide, arousing empathy and understanding rather than providing pure facts, they would not be able to educate.

Many YA novelists would shrink from any kind of association with the e word! Their publishers would gag them if they ventured to admit that such an aim crossed their minds! Here in the UK, education is now seriously uncool (and no wonder; see SHUTDOWN for my ideas on what the word means!) but in less affluent countries parents make huge sacrifices for it; Malala risked her life. Education is much, much bigger than targets and objectives. It’s liberating and empowering for individuals and society and it should help us connect in many ways, one of which is language. I believe that as writers we can empower through the tools we use.  I think we have a responsibility to broaden children’s vocabulary and demonstrate a range of sentence structures.  As a teacher I observed that an obsession with accessibility often prevents children’s authors achieving the linguistic and semantic complexity expected of a child in Y4. I’d also suggest that those following the fashion for first person narratives in slavishly current teen-speak run the risk of limiting and patronising readers.

But equally important is the kind of education about feelings, relationships, psychology and the human condition that must surely be a huge part of a novelist’s focus. If I had to declare just one aim it would be this: to deepen the readers’ understanding of themselves and others. I tell students, when I’m talking about Alopecia and accepting difference, that stories have a powerful impact on real lives – and that without imagination there would be no empathy, and therefore no friendship and no love, because our emotional intelligence would be restricted to ourselves. We’re selfish beings but fiction addresses that. It opens up our inner worlds. That’s why we love Atticus Finch. Through him, Harper Lee connects us to a moral truth about human rights and equality. And because we love him in his world-weary wisdom and Scout in her innocence, we live with them. A novel like this is education for life, and like all deep emotional experience, it stays with us. So yes, I aim to educate. To quote a boy who read THE WATERHOUSE GIRL, “You made me a better person.” (gulp)

To entertain? Hell, yeah. All good teachers know that without vitality, energy, wit and playfulness, originality and creativity, education fails. For me, entertainment is not enough, but then I’m a serious kind of novelist, even in my funny books. There’s always a universal theme. Otherwise, what’s the point? As Michael Morpurgo said, “A good book is not like chocolate.” And when was the great man ever wrong? He wrote SHADOW to close Yarlswood. I wrote CRAZY DAISE to share with people the impact of Alopecia, and the campaign for Ecocide Law… and a lot more besides. But I handled it with caution, because didacticism is the opposite of education, and because a novel is so much bigger than any specific issues or beliefs the author might cherish. In fact it’s so much bigger than the author! A great  novel adds something to the world.