Written in Britain: beyond patriotism 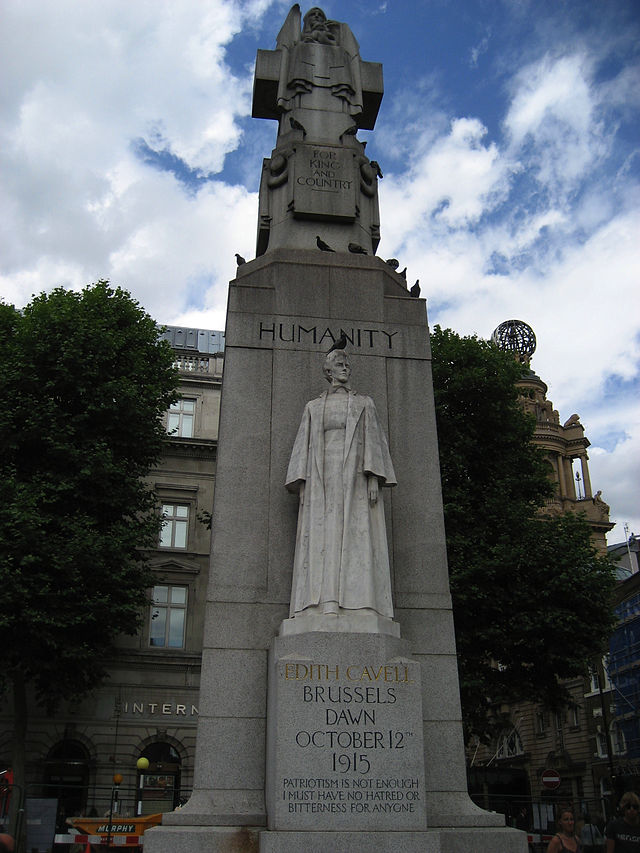 Someone asked on Facebook, “Why is it bad to love your country?” It made me think about my belief that patriotism can be a deeply negative force in a big, damaged world. Like religion – a particular way to love God (and I write as a religious person) – a love of country can motivate racism and war. For me, the only love worth living embraces, not divides. On a diverse planet we’re in trouble if we can’t respect difference and learn from others, recognising the importance of understanding through knowledge and connection, rather than judging or opposing those who don’t share our beliefs or life experience. As a reader and author, I love the English language and every great writer who has used it, skilfully and creatively, to shed light on our humanity: from Shakespeare to George Eliot, Ted Hughes and the wonderful Carole Shields (who was Canadian). I cherish the British countryside, holidaying in the UK – but for environmental reasons because flying adds so much carbon to the atmosphere. I was taught my nation’s history (not all of it uplifting) so I’ve dramatized the familiar in three of my four historical novels. And yes, I tend to write about my home country in the contemporary books, not just because I’ve been immersed in it for fifty-nine years, but because as I no longer fly, I can’t go abroad in order to recreate a country on the page. START, a novel about climate crisis, had to depend on research, and photographs I aimed to translate with multi-sensory imagination.

In THE DREAMER my setting is long ago and far away, but like a dream where I ‘experience’ a place I don’t think I’ve ever been, it still feels vivid. In my adult novel, FLASHBACK AND PURPLE, to be published by Magic Oxygen in October, I use the following places for inspiration, either as they are or freely adapted from life: my favourite café in Berkhamsted, Premier Inns, Dimbola on the Isle of Wight, and my imagined idea of the community that is Embercombe, beloved by my brother. There’s also a train journey to Edinburgh, informed by one I made myself a couple of years ago when I made copious notes because it seemed an extraordinary education I wanted to share. In this novel about time I can’t rely on memory! The only location abroad is in France, loosely inspired by our honeymoon getaway near the Pyrenees.  Does this mean only British readers can connect with it? Well, I hope not. I lived through novels like The Kite Runner, Girl with a Pearl Earring, Crime and Punishment and Passage to India with little knowledge of the worlds in which they’re set – and appreciate the understanding they gave me. And I may connect more deeply with a story set in a different culture than with one set in a Britain that seems alien to me personally because I don’t recognise the characters. There are bonds of feeling and spirit that connect us, after all, across racial, religious and geographical divides. One of my dearest friends was born in Namibia, another in Pakistan. Both as a reader and writer, I am above all concerned with the interior life of the characters, which drives any kind of plot.

Of course our nationality is part of who we are and these roots may feel emotive but they’re accidental. I happen to have been born in South-East England and that’s shaped me, like the era I was born into and the convictions of my own particular parents. Patriotism, in the sense of MY country first and better, makes absolutely no sense to me. We live on a planet at risk, part of a humanity that is technically global. Only together, finding common ground and ditching xenophobic perspectives that assume some kind of priority over others, will we achieve peace – and survive on an Earth we need to love, along with all its (human and non-human) inhabitants. I believe fiction can help, by taking us to countries we’ve never been, and leading us through lives we haven’t lived. Patriotism can narrow our vision; literature can widen and deepen it.

Essentially tribal, patriotism is necessary if countries compete and make war on each other. With climate change threatening all of us, it’s outdated and dangerous and we need to move beyond it, uniting to protect the future – not just of other species but our own.