Characters: what’s not to like? (Or the Raskolnikov risk/does it matter if we like the bear best?)

Characters can make novels a risky business. In my own writing they initiate, direct and determine the story, but does the reader have to like them? Moreover, if a reader’s dislike of a character can lead to disaffection from that story – or even a failure to finish the book – are there reasons to take the risk anyway, and are they good enough?

As a children’s author who has also written two novels for adults, I’m aware of different ‘rules’ when I switch audiences, many of which stem from perceived reader expectation. In stories for children the central character can be mean, big-headed, naughty or selfish but we know he or she can’t stay that way. So Mary Lennox in The Secret Garden is much more ‘horrid’ than Henry but it’s clear from the start that she simply needs to love and be loved; then love will transform her. The story was born to serve that purpose and effect that change. So even as Frances Hodgson Burnett substantiates the temper that might alienate, she ensures our sympathy in the first chapter and its title, There is No One Left. Thus she is signalling the outcome, and the momentum gathered by events relies on its anticipation. It’s a contract between writer and reader, generated by goodwill towards children and a belief in the positive role stories can play in their psychological development.

Even in knockabout fantasy, we count – once an emotional connection is made – on necessary redemption. When Splat the little dough monster terrorises his creator in my comic novel, FRANK, it’s extreme cartoon fun of the Tom and Jerry kind, where wild things can happen because no one, like the flattened cat that peels itself from a brick wall, really gets hurt – until there’s a subtle shift into more real-world experience and they do. So both Frank and Splat have to learn to consider the feelings of others, and readers understand, as Frank begins to train his pet monster, that he too will change in the process.

I took a chance, in the more sophisticated ALAS AND ALACK, on my anti-heroine Freya. While she’s engagingly witty, clever and imaginative, readers will gradually realise that her fun is often at someone else’s expense. Only when the behaviour of the ghostly jester Alas – which mirrors hers – becomes outrageous, can Freya start to see herself as she is. Such double spite needs offsetting, and without the goodness of the other jester, Alack – a wise Shakespearian-style fool – and his endearing monkey Vagabond, that critical +/-balance might have been jeopardised. But Freya is no pantomime baddie. Her selfishness is so subtle and so common that it matters and must be recognised, because every one of us is capable of it. Readers who begin by enjoying Freya must become uncomfortable about their laughter before they recognise the truth about her sense of humour – in readiness to celebrate her better self.

In The Dancing Bear, Michael Morpurgo took bigger risks, not least with Roxanne. Gentle, talented and wronged, this familiar kind of heroine is impossible not to like – and trust. But she fails us in the end, breaking all our hearts but especially the bear’s. So when the bear dies because she didn’t come back, she’s responsible. By compromising the reader’s affection for his heroine, Morpurgo leaves us with just two characters that don’t disappoint: the wise teacher-observer rather too old for reader identification, and the bear whose death breaks all the rules. It’s not just risky but subversive, and some of my Y4 pupils felt, I think, a kind of double betrayal; others embraced the delicate sadness of it all. But the discussion generated about the choices, values and feelings of the characters – especially Roxanne – went extraordinarily deep. And I guarantee that even those who said they didn’t ‘like’ the book will not have forgotten it. As a writer who wants to make young people think and feel, I admire Morpurgo for raising all kinds of questions children aren’t usually asked, for sidestepping the goodie-baddie divide and, in a lyrical fable, addressing difficult truths about our flawed humanity.

In adult novels we might call it the Raskolnikov risk, but world views have changed since Crime and Punishment; there are fewer taboos but in mainstream Western publishing, redemption through faith is one of them.  In fact, Raymond Carver’s editor, Lish, sliced from his greatest short story, A Small Good Thing (which became The Bath) the vaguest, secularised suggestion that his character might be saved. Today adults claim few illusions, and have been shown in surveys to underestimate the decency of others in relation to their own. So do we still expect to like a novel’s protagonist? What if, as readers required to invest in characters, we’re as critical as we are of our boss, mother-in-law or neighbour? In recent years there have been many novels described in the book world as ‘corrosive’, peopled by dysfunctional, destructive characters most of us would certainly, in life, avoid if we could. As a reader I bypass them for my own emotional health because the real world of the News is dark enough for me, but also because I’ve been fortunate enough to encounter genuine human goodness, so for me such characters are alien. Personally and ideologically I choose light, and the darkness shall not extinguish it – but without darkness there cannot, course, be light.

That’s why in FLASHBACK AND PURPLE I’ve created a considerable and varied cast of characters, aware that readers might not like them all, any more than they would relate to every one of the seven guests to whom, at a party, I might introduce them. For me as the author it’s essential, though, that I do; it’s my party! It happens to be true that in life I like or accept almost everyone – once I get to know them, which is for me the point. So in my novel some readers will identify with Annie Capaldi and some may be impatient with her. Either way, since the drama is largely interior, through extensive use of flashback and a style close to stream of consciousness, she will become fully known. That’s a first step to understanding and whether the next is taken will depend on factors over which, as the writer, I have no control. I don’t expect every reader to think like Annie, react like her or make the same choices, but it’s my responsibility to make sure she feels whole, complex and real. After all, our readiness to like a character may depend largely on how similar to us she might be. Insight, through the magic of fiction, into someone altogether different can develop empathy and help to protect society from the consequences of us-and-them.

Characters don’t have to be likeable. They just have to live. 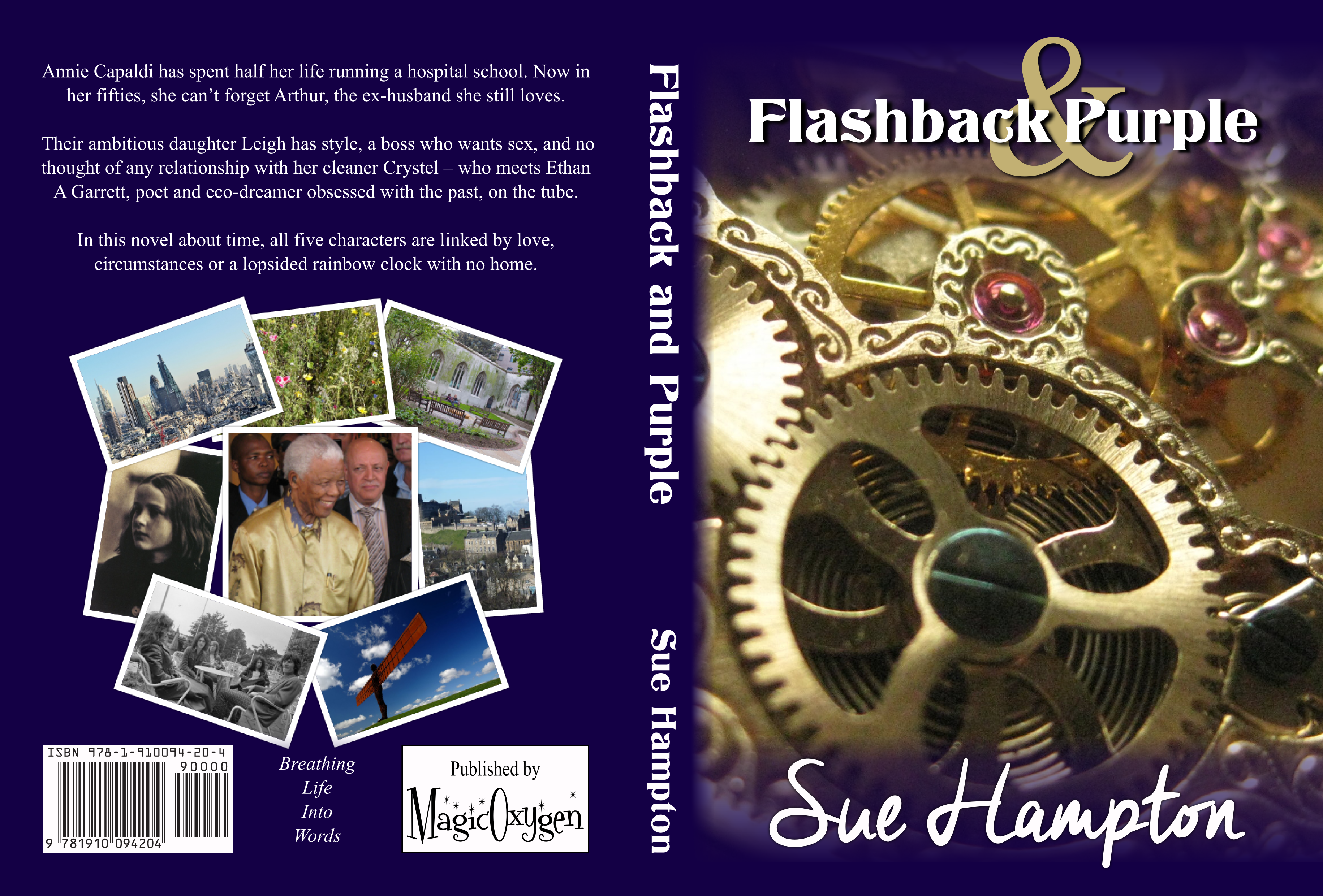 PrevPreviousOn fronted adverbial openers… for a start!
NextKeeping all that dead hair for making up underwear?Next