On author activism – for good

The other day I told someone at a Purple Tour event, “I’m not in my books.” I meant that while Leslie’s novels draw deeply on life-memory, I write historical adventures, futuristic dystopias and fantasy as well as real-world ‘literary fiction’ for adults, so I don’t and can’t adapt so closely from an autobiographical framework. But it was a silly thing to say. Of course I’m there. If there are any authors who don’t inhabit their writing in a sense that’s independent of plot, I don’t think I’d like to meet them; they might as well be computer programs. I’m not a big fan of detachment and I’m anything but distanced from my characters’ feelings. So I’m emotionally involved, but there’s more to it than that. As a human being I’m emotionally involved in the world too. I have beliefs, convictions and attitudes as well as my own particular life-set of friends, family, places and experiences. I’m present in every idea about humanity, however covert, that might be identified in my stories. That’s why someone once said, having read SHUTDOWN at the manuscript stage, “I would have known you’d written it, even if your name hadn’t been on it.” And no wonder, because into that particular novel – about education as it might be in the future, if we don’t change direction – I poured all my passion for creative freedom and my hatred of data! It’s not hard to see where I stand. I’m the Bald Green Author and in their different ways those two adjectives determine the way I see the world. So if we accept the power of stories to change us and arguably to reshape society too, is opinionated fiction dangerous? Or, at a time when all over the world people are calling for radical change, is author activism like mine a valid, if very small, part of the movement?

I’m not the first! Dickens saw that the novel could drive social reform. Across the Atlantic, Mark Twain wrote as an abolitionist, against slavery and pro-human rights. In recent years Alan Gibbons, a committed Socialist, has explored urban problems like racism, gang culture, homophobia and religious extremism through the lens of equality, respect for all and our common humanity. Michael Morpurgo has dared to set stories in war zones past and current and we know for sure he’s on the side of peace. He told me he’d written Shadow with the aim of helping to close Yarl’s Wood. Of course I share all these convictions and respect the integrity and authenticity with which these authors write, for good. Anyone who voted Tory or UKIP, and cheered for Trump,  might accuse these transparently well-intentioned writers of didacticism, or reader manipulation. But I’d argue that if a novel teaches us to love rather than hate, it’s acquitted on all charges. I don’t uphold the right of a racist, sexist, homophobic author, however sincere in his bigotry, to write stories for children demonising Muslims and disempowering girls. I’d want such fiction banned, because it incites division, hatred, violence and self-loathing. That’s the difference, and it makes all the difference in the world.

I believe in love – not just of each other but Earth, all its species and future generations too. At a recent demo against Trident I saw everything interconnect – education and the NHS, peace and Arms to Renewables – because love is the thread. From every speaker we heard an acknowledgement that averting climate chaos will require radical change. And that affects us all, not just governments and corporations. As a Quaker I believe in any case in treading lightly on this earth, living simply that others may simply live. It’s a question of climate justice for those most at risk. I heard Judi Dench in an interview explain about being a Quaker ‘peacenik’: “Oh yes, I think it informs everything I do.” So my Daisy – in THE WATERHOUSE GIRL and CRAZY DAISE – is a young eco-warrior; START is a speculative novel set in a future in climate crisis; THE DREAMER is a fantasy adventure, but also an anti-fracking allegory; the contemporary FLASHBACK AND PURPLE and THE BIGGEST SPLASH are deeply Green novels for adults, exploring ways to live in the light of climate change. I don’t suppose convictions can be muzzled in creative work of any kind. If they could be, they’d be a pose.

Now I come clean as a Green, so any potential reader with an incompatible world view can pass me by. My experience, however, is that some who read my work engage so deeply with the characters that they overlook or even fail to register this author’s ideology, however explicit. Certainly, regardless of ideas underpinning the story, characters must come first, directing and driving it and making a connection that’s mysteriously deep. Otherwise the novel loses its heart and soul, surrendering its very special emotional power, as we read, to rewire our synapses and leave us changed – not just on the inside but in the world. 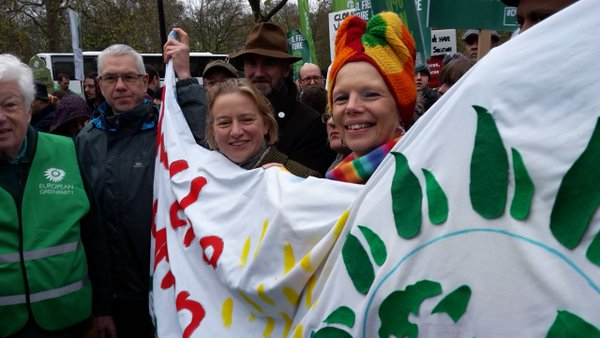 PrevPreviousThe short story: a big difference?
NextOn being a professional author: good reasons NOT to do it, and better reasons to do it anywayNext