The short story: a big difference? 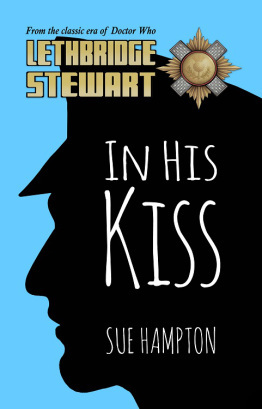 Recently I was asked by Candy Jar to contribute a short story for a collection, and I hesitated. The subject was Lethbridge-Stewart of UNIT from early Dr Who episodes (Candy Jar have the rights to this spin-off character), and although I watched as a child, any kind of action-driven sci-fi requiring a body count (human or alien), has little appeal for this particular reader. In my novels I aim to use up to 87,000 words to build momentum or, equally importantly, explore a character’s psyche so intimately and in such depth that the readers know him or her better than they know their best friend or mum. Or even themselves. But when Candy Jar said this short story collection was all about character, and that I could write about the Brig as a teenager in love, in a context that was actually historical, I saw a challenge I could relish. In His Kiss (used to trail the book which is not yet available) turned out to be huge fun to write after all. And it was the beginning of a new interest in that very different beast, the short story, apparently popular again in an age where many can’t find the time or mental energy after work for a full-length novel. As a reader and writer, I became curious, and now I’m hooked.

Recently Leslie and I appeared at the awards ceremony for MOLP 2, the world’s greenest writing competition run by publishers Magic Oxygen, who ensure that a tree is planted in a deforested area of Kenya for every entry. For every sale of the resulting anthology, another tree is planted. It’s a wonderful, and literally a growing project, made possible because writers from all around the world enter at a small fee – with a poem or a short story. I’ve read almost all the stories in the new anthology with great interest, as a reader willing to be taken on a short ride even if the view isn’t the kind I’d usually choose. And setting aside the pleasures of the ride, I’ve examined the mechanics of the vehicle: what starts the engine, what makes it rev, turn or freewheel rather than meander, stall or even backfire. This varied anthology has whetted my appetite for short stories and my interest in the elements that make them different from the novel, where a different kind of engine powers a shorter journey at a different pace.

Short stories, like novels, can fit a genre or none. Like novels they can be emotional or distanced, first person or third, and their endings can be open or neatly closed. Like novels they need a compelling character and a voice that engages, convinces and gives the story its tone and identity. One arguable difference may be that a short story can be sustained by a single character, or just one whose psyche is explored while others walk on and off, their function determined by plot.  Although my novels usually emerge from character without any other kind of plan, and develop as the characters direct the action, I have assumed that a short story needs parameters, and a narrative shaped by an idea similar to a one-sentence pitch. I might not foresee the ending of a novel from the start but I have imagined that short story writers must be working purposefully towards theirs. Having tried, in The Biggest Splash and in Flashback and Purple, to explore interior action rather than events, I’d like to see whether a story with no space for extensive character detail can breathe without a framework or line. Famously, of course, editor Gordon Lish changed the ending of a Raymond Carver story called A Small, Good Thing (and others) along with the mood, names and sequence of events, cutting the original within an inch of its life and renaming it The Bath. It’s Carver who is often hailed as the master of this form, yet the publication of the story he actually wrote – as opposed to the edited version that won awards – has driven readers and writers into two camps, because some value the more expansive and descriptive original with its warmer humanity. I’m one of them, but in any case I don’t believe there’s only one way to tell a story of any length, or that minimalism of a stylistic kind is essential however small the word count.

My reading experience so far suggests that a short story can be strong or weak with or without a twist, darkness or intensity, a unique idea or an instantly recognizable genre. For me, a story drawing on an everyday experience with psychological insight and no real surprises can be powerful in its authenticity.  A style I admire is paramount for me and I’m the kind of reader who likes to reread a fine sentence to savour it again; I recognise that many don’t require such distractions from the narrative flow. I admit there can be something satisfying in the story that delivers that so-ingenious plot, or that revelation we didn’t see coming, as long as we don’t feel manipulated. But if short stories can be a kind of game, like crime fiction, with some rules we can identify, then not all of us, as readers or writers, will want to play. It depends on whether we prefer to appreciate as an observer or to experience as a participant suspending disbelief – and logically it should be harder to draw a reader in emotionally over such a short time. But it must be possible!

With four short stories completed so far (compared with twenty-five titles of varying lengths for different ages 6 – adult) I’m a beginner adapting to a new challenge. And I’m looking to learn from the best, so reading suggestions are very welcome. Thank you!

P.S. If you welcome a substantial adult read (with possibly my one-and-only USP!) that would make a svelte paperback, THE BIGGEST SPLASH can be downloaded on a Pay-as-you-Please basis and may be my best work so far.