Driven to cheat: the test of a great teacher 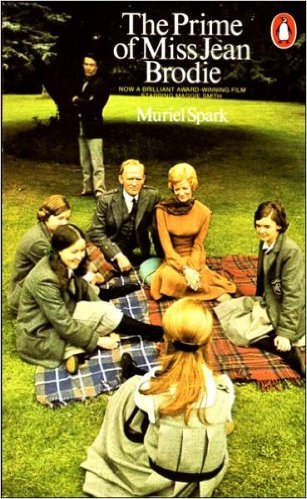 As children all over the country emerge from SAT tests, I’m reminded of a sad but true story of a gifted, passionate and inspiring teacher whose commitment to justice led her to disgrace. I don’t remember her name and in any case, she’s been shamed enough. But I have enormous sympathy for her and I hope that when her tampering with those Y6 papers signalled the end of her career, she left assured of the love and gratitude of those whose interests she’d been trying to serve. What she did was wrong but it’s hard to blame her. Instead I blame the ‘system’, soulless and exacting, that drives everything, piling on pressure and making of education a competition, a business and a struggle to survive. Because it’s not creative, it’s not human, it narrows and limits and it can be brutally unjust.

The state primary school in question isn’t on my doorstep but one where I’ve been booked about four times over the years. Arriving for my first visit I was struck by its difference. It’s an urban school where a high percentage of children speak English as a second language but it was clear at once that it aimed high – not by drilling children for tests but by opening doors to a wide-ranging curriculum rich in culture (including an introduction to philosophy).  In this vibrant environment I noticed celebrations in display form of classical composers and artists from all over the world; Shakespeare was not considered too difficult or alien. And the children responded. They loved to learn. That was obvious from the moment I began my first assembly. But it wasn’t until the end of the day that I entered the Y6 classroom…

Imagine an attic room or den, the sort you might encounter in a story along with an eccentric old uncle or godmother who’s actually a wizard or witch, and you will begin to picture the learning environment of these lucky children. Packed from floor to ceiling with rugs and vases, paintings, hangings and curios, steps, shelves and nooks, it offered textures, colours, prints and ceramics from the class teacher’s travels. It was also a library – but not the ordered, labelled kind. Books were everywhere, available and tempting: old volumes from the teacher’s childhood, shiny new titles, poetry and prose. Like a garden this classroom boasted an exotic and eclectic border of books, wild and free. Invited in, I felt the same kind of frisson that excites me when I breathe the roses. This was a multi-sensory experience, lovingly created in its growing disorder and ever-renewing vitality by the teacher who cared about everything in it – and the children gifted with it each year.

You may not be entirely surprised to hear that these children were relaxed as well as energised, and knowledgeable about all sorts of things unheard of by most of their peers, or that their vocabulary was strikingly advanced. Their behaviour was immaculate but more importantly, they were happy. The news that the SAT results put the school in the top three in the country seemed proof positive that nothing is more effective than a widely educated teacher with imagination to match her passion for learning. So when I found out, the third time I visited, that she was a Super Teacher of some kind, disappearing off that day to model great practice in another school, I was delighted that the wonderful job she was clearly doing had been recognised. Her class continued to keep the school in the top five with their SAT results, and I was called by another teacher who asked if I would consider supporting pupils in the writing of a book on how to be top of the league. I agreed, but heard nothing more until eventually I prodded and was told the project had been put on the back burner. But after a while I was booked to return.

When I couldn’t lay my hands on the school address, I found the scandal. Teacher at top school tampers with SAT papers. I was shaken and upset, and knew at once what must have happened. That extraordinary, brilliant teacher had in some way altered a score or two (I don’t know details) because they did certain children an injustice, as teachers all know tests can do. Or perhaps because the results would, quite unjustly, ‘show’ a school guilty of declining standards, and therefore liable to scrutiny and even inspection – with an increase in stress for everyone. In a mad, overworked and over-involved moment of loyalty to her pupils and colleagues, she cheated. She probably believed she was righting a wrong or choosing the lesser of two evils. And once it was done, she could not undo it.

So arriving for my last visit, some time ago now, I found her gone – along with her magical den. Nothing was said and of course I couldn’t ask, or suggest that I knew anything at all. It still makes me sad to think of her career ending so cruelly. While hers is not the only such case I’ve come across, it’s a particularly powerful, tragic story. For me she’s a victim, a good and enlightened human being driven to dishonesty of a kind by the ridiculous height of the stakes and an assessment-obsessed model that reduces children to numbers. Of course she shouldn’t have done it, and of course cheating is unfair on those who don’t succumb to temptation, but should this one mistake obliterate – in anyone’s mind, not least hers – all those years of dedication? I would have liked to hug her and tell her, “NO!” but I fear she may have nightmares. I can only hope her school holds on to the example she set by guiding children into a big, vivid and luminous world of learning beyond the tunnel.

P.S. I’ve created some good teachers including the sympathetic Mrs Young in THE WATERHOUSE GIRL and the rebellious activist Beaky in SHUTDOWN, but the most thrilling is Mr Eden in GORILLA DREAMS:

For everyone in his class, Mr Eden was much, much more than a teacher. In fact, he was an acrobat and actor, comedian and storyteller all in one.  Ryan thought he might also be a wizard in his spare time. Anya said teachers didn’t have spare time, but she thought he was a sweetheart and a hero.

PrevPreviousFlower power
NextLove love love – on this day and every otherNext