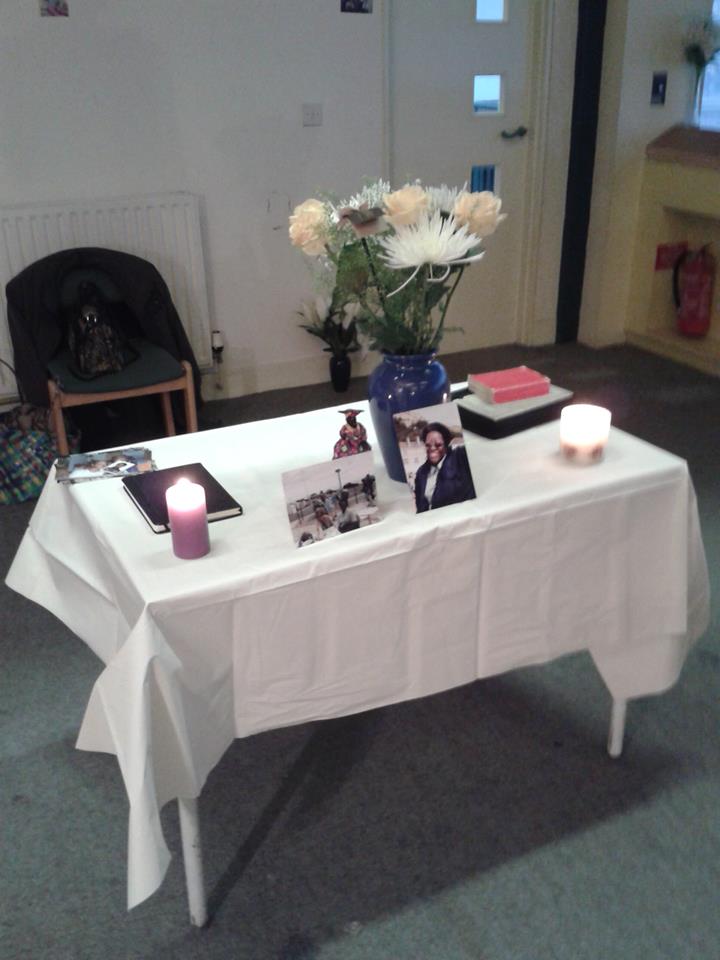 On paper Frieda’s life was tragic. Once she had to give up social work and claim disability benefit, physical problems limited her to a way of living that most of us would find wretched. She had a not-very-desirable Housing Association flat and no family in this country. Anyone would imagine that being Frieda was no fun, and yet fun was what she was. She liked to make the hospital staff laugh too and would play her queenly role, inviting one nurse to call her ‘Your Majesty’ and bow at her bed in order to entertain the ward. She also liked the idea that some observers might think her genuinely the queen of an African tribe. It made her sad that in spite of her efforts to hold on to it, she was losing her fluency with Herrero – the language of the songs delivered with fervour at her memorial service in a shabby upstairs room of an evangelical Tufnell Park church. At seventeen she came here as a refugee, because as an ANC activist she’d been driven in darkness to an empty grave by South African police wanting to know where to find her white boyfriend. She’d been the only black student at her school thanks to a UN scholarship, and the fastest schoolgirl sprinter in Namibia.

My husband Leslie Tate knew her long before we met. During her stay at our flat, many months before our in 2012, I asked if I could show her my dress. What I remember is the excitement of her response and the way she continued to delight afterwards in what she called a very special moment of bonding between us. The memory helped her when she was too ill to come to the wedding. She never married herself, because Michael, who fled to the States, was the love of her life – and the father of a baby boy raised by her parents. She met Stanley, the son she would have loved to care for, many years later.

I only knew Frieda for ten years but I loved her from the first hug, and more every time we saw her. Before her surgery some years ago, I went into the ward with her while Leslie waited outside. I saw her minus one breast and was encouraged to feel the weight and texture of her falsie bra – something in which, characteristically, she found humour. It felt good to be needed as emotional support and we talked in between visits from the anaesthetist and nurses. Frieda’s cancer, the one that killed her, was her third, on top of Diabetes (many dangerous hypos and no feeling in her feet) and a heart attack.

She liked to give me little gifts. At first it would be jewellery she made herself, when she was well enough to focus on threading beads. Later she’d see a pair of earrings or a bangle at the market and buy them for me. Every time I wore them I’d think of her and her generosity because she had so little money.

When I talked to her on the phone we had some regular subjects apart from her pain levels, mobility, sickness, diarrhoea, medication and appetite. One was tennis in general and Andy Murray on particular: his legs, hair and smile as well as his performance on the court. During his Wimbledon matches we’d text each other and if she didn’t reply I’d know it was a really bad day. She also loved Laura Robson when she was on the rise, and taught me her “Lau-raaa” support chant with actions. We shared a passion for athletics, even though my knowledge always felt thin compared with Frieda’s; Leslie mugged up on football in order to discuss Arsenal’s form. Another topic in the last few years was the wardrobe of her beloved and stylish consultant Dr Leonard, described in detail and with pleasure. Frieda didn’t complain. However low and strained she might sound on picking up the phone, when the pain was acute, through the conversation she would always find reasons to laugh. Leslie has written a number of poems about her approach to illness: an athlete’s determination, strategic, and bravely psychological, driving through agony to win.

Frieda liked colour and pattern and felt undressed without earrings. She never wore jumpers because she tended to overheat and kept her fan nearby. If the sun was too bright in her top floor flat, she’d draw the curtains, and she’d often talk about wishing she could open her mouth in the rain. She loved plants almost as much as wildlife. We sent her a lot of cards, usually with animal images, and she kept them out on her shelves, an ever-increasing display as if it was Christmas all year round.

We visited her many times over the years in the Whittington but my last trip before she was moved to the hospice was very special. I ventured up there alone by train, and stopped off to see Greenpeace’s Arctic Roar outside the Shell Building. Beside the Save the Arctic polar bear, I was alone and deeply moved. I took pictures to show Frieda, and experienced our two hours together as something very precious. She was animated and had asked me to bring diabetic chocolate even though she’d hardly eaten for weeks. The next time I took her a colouring book and pencils but I don’t think she ever had the energy to begin.

A few days before she died we visited her at Marie Curie. She was sleepy but also in acute pain, and what she brought up when she vomited was almost black. “We love you,” I told her as she lay with her eyes shut. “I love you too,” she said. She drifted in and out of consciousness and we noticed the sharp pulse in her neck. I also began a story, “Once there was a little girl…” which would probably have been sentimental and cracked my voice in the telling if Leslie hadn’t interrupted and subverted it with jokes like a woof when I mentioned her goat. She laughed quietly, her usual smile returning briefly.

The last time we visited her before her death, it was a gloriously sunny Sunday morning in autumn, and she was asleep. The nurse at the hospice said she’d had a bad night and we could see that she was still vomiting because of the tissues lying near her mouth. I desperately wanted her to wake but of course we didn’t disturb her. Instead we held her hands, stroked her arms and forehead, kissed her cheek and read to her: Psalm 23, her favourite. I admit I censored it because she had no enemies; she didn’t believe in them any more than I do. Her breathing was an alarm bell. It reminded me of a hairdryer sounding off with a scratchy rattle before it cuts out. But even then we thought she might continue for weeks, because that was what she’d been doing for so long. She held on like no one else; it was her modus operandi. She could have taught classes in it.

After she’d died I realised I didn’t have a photograph of Frieda and she looked so peaceful laid out under that white sheet that I wanted to capture her pain-free, but it seemed inappropriate, as if I’d be breaking some taboo. In any case, I knew I wouldn’t need a photo to remember her and all she meant to us. That last encounter in death is something I’ve drawn on in The Biggest Splash. It’s a beautiful, sad and inspiring final memory because with her eyes closed, her hands crossed and love shining free from her, she was herself again. 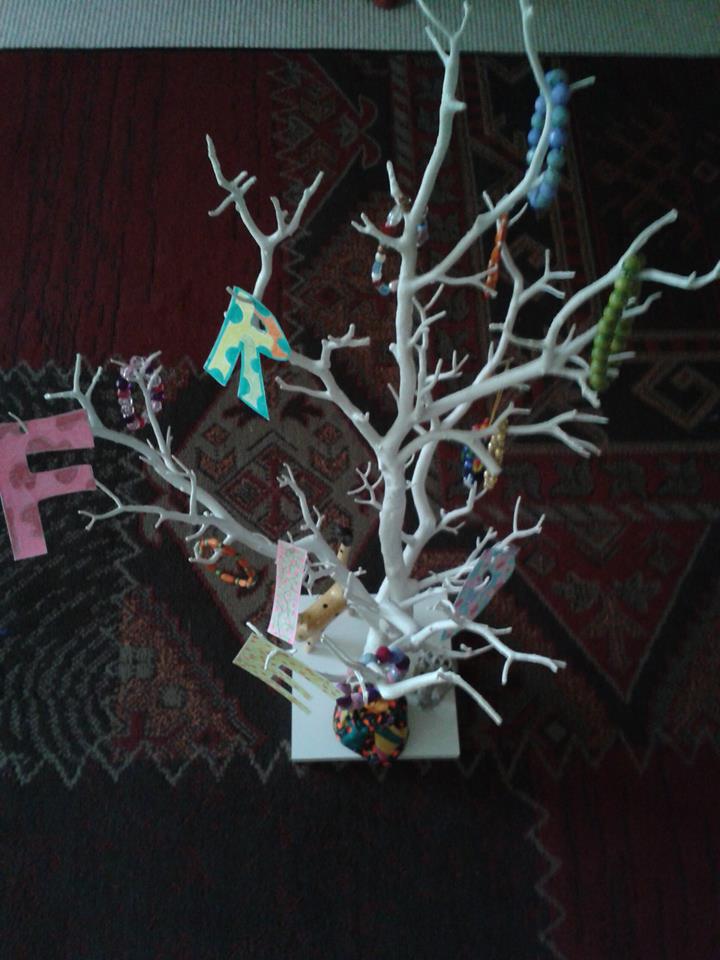 PrevPreviousOn being a professional author: good reasons NOT to do it, and better reasons to do it anyway
NextFlower powerNext