All we really want for Christmas 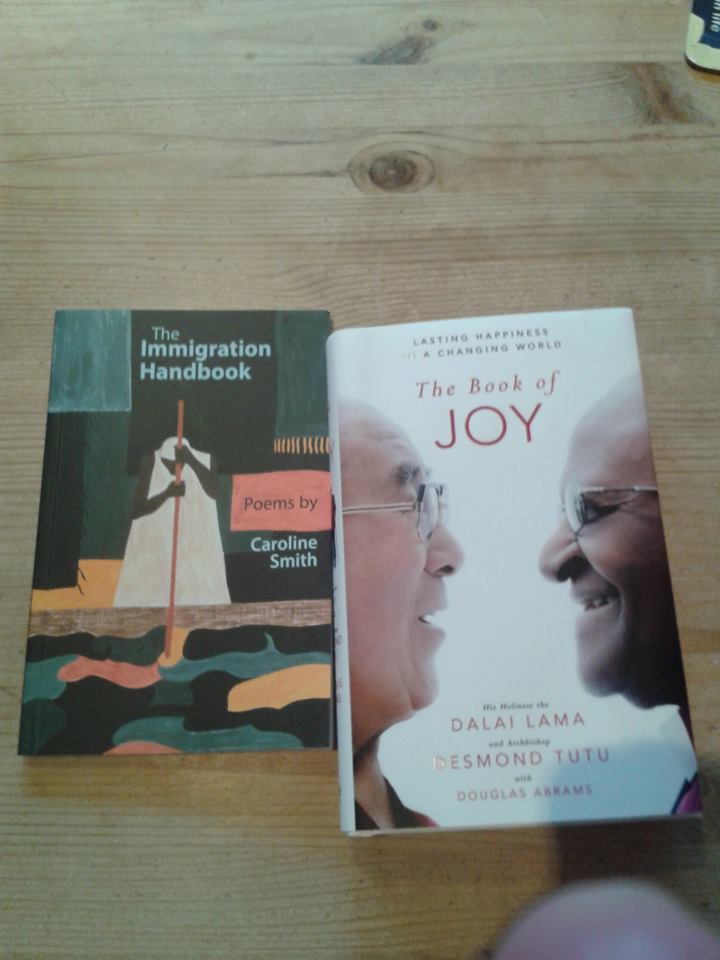 People take such a long time to learn the obvious; I had to reach sixty before I fully understood – emotionally as well as rationally – how little I need. Mum got there long before me, of course, and I rolled my eyes or shook my head with exasperation when, year after year, she explained that she had given the present I’d chosen for her to the Oxfam shop, because someone else might enjoy it more than she could. That I can’t match her asceticism is proved by the rather gorgeous red velvety boots I asked Leslie to give me. But this year we asked family for a wok and a saucepan we will use, because when it comes to gifts I really don’t need, all I can think of is how much they would mean to someone else – a homeless person or a refugee. And yes, at the end of a year of commitment to People Not Borders, I am wondering whether to donate them, in the hope that my loved ones won’t mind or won’t know, won’t roll their eyes or shake their heads with exasperation.

I’m a fan of the carols, the candlelight, the mince pies and mulled wine, the trees wrapped in white lights and the message of hope, of goodwill to all. Most important to me are the Nativity figures brought home by Dad when I was a toddler and so intensely loved over close to sixty years that the donkey has one ear, all that’s left of Mary’s broken halo is a disconcerting pair of horns, and the angel had to be ditched when the loss of a second wing rather compromised his identity. It’s a beautiful story and it makes no difference to me whether it’s true because I live by the power of fiction to enrich our lives and deepen our humanity. But Christmas is also a hedonistic binge, a strain on those who can’t afford it, a Trump slogan to manipulate the angry, and a source of pain for the lonely and bereaved. Like the Olympics, it has a massive carbon footprint. The waste is pretty hard to tolerate in the context of child poverty, food banks and night shelters in the UK, and desperate families leaving their entire material environment behind to flee a war zone like Aleppo. At the same time, at the end of a horrifying year, perhaps in this country we have craved the sparkle and softness more than ever, and taken greater comfort in reciprocal generosity.

I’ve only just come across a nauseatingly materialistic and self-centred song by Destiny’s Child about the ‘generosity’ of ‘my baby’ over the twelve days of Christmas – peaking with the keys to a CLK Mercedes. But in a world where inequality keeps widening and climate change threatens us all, excess is unjustifiable and gifts make no sense except as an expression of love and genuine connection. Once we’re no longer children ecstatic with excitement about the latest toy, the gifts themselves are touching only because of the care taken in the choosing – or rather, what moves us is a kind of rightness that tells us we are not only loved but known. Because that’s what we long to be. I have a good friend who volunteers in a charity shop on Sunday afternoons. When we met up just before Christmas I was surprised and alarmed when she produced a present for me, a gesture I didn’t return. But when I opened the package I found a second-hand top she’d spotted during a shift, recognising in its colours and style its perfect rightness for me. We all want to be thought of and such recognition is precious. Perhaps without it there can be no genuine love.

If when we’re younger we want things – for our homes, recreation and adornment – then it feels liberating, later on, to embrace a different kind of Christmas (ours is vegan, alcohol-free and thoroughly minimalist). It’s a change best illustrated this year by books I received and gave. From the Centre for Alternative Technology I bought two ecological diaries full of beautiful photographs and facts about the natural world as well as ideas about our role as one creature in the web of life. I gave my son The Happiness Manifesto, written by an inspired young man called Sam Rogers shortly before his death. And two of my dearest, oldest friends, who know me most deeply, gave me books: a poetry collection entitled The Immigration Handbook, and a fat volume ‘by’ Archbishop Tutu and the Dalai Lama called The Book of Joy. I have already read every one of Caroline Smith’s starkly beautiful and warmly humane poems, which grew from her work with asylum seekers. The Book of Joy is full of bright energy and humour and offers exactly what the title says. Espousing no doctrine but embracing the gentle, practical and compassionate wisdom of all faiths and none, of neuroscience and psychology, it is so inspiring that the rest of my life would be better lived if I could absorb and carry it inside me through each day. If everyone else were to read it too, the world would be healed from within each and every soul! These are two books I am now tempted to give to those I love – but in the knowledge that the connection may not be made, the choice may be mistaken and the timing wrong. After all, if it’s taken me so long to understand the basics of human living, I can’t expect others to beat me to it! And I admit that a couple of decades ago I would have felt nothing more enlightened than disappointment had ‘Santa’ brought me such a dispiritingly worthy haul.

Now all I want for Christmas or at any other time is love and understanding, peace of mind and the kind of joy that can withstand pain because it’s not confined by self. I’ve given up the search for bargains; now I’m looking for light.

PrevPreviousAudition: a short story for adults
NextLyrics and literature: fruit from different treesNext