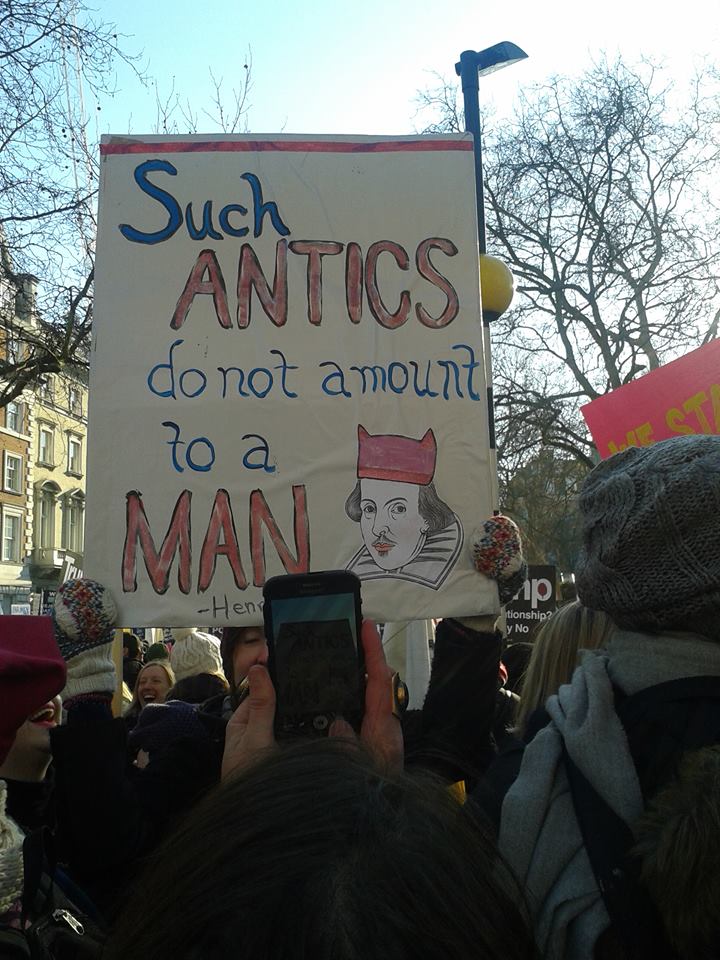 I’m quite an experienced marcher for a shy and well-behaved old girl. I began as a teenager with CND and Christian CND and since then I’ve felt compelled to support protests about climate change and/or peace, including the 2 million-strong demonstration against the Iraq War and the huge march that preceded the Paris Summit COP21 at the end of November 2014. I’m going with Leslie to this year’s Pride and on Inauguration Day I was at the US Embassy in the (freezing) dark to oppose racism as well as nuclear proliferation and a disregard of climate justice.

I’ve never felt anything but glad to be part of a crowd taking to the streets to express a demand for positive change, and I’ve never felt unsafe. The percentage of aggressive participants has always been less than tiny. But yesterday’s Women’s March on London was wonderful, and rather different in a number of ways. Of course those I identify are perceptions because my observations are inevitably personal. But I think many who were there will feel the same.

1.     It was more colourful – even though the pink was a wry joke here, shared by mothers least likely to be victims of the sparkly-princess-Barbie marketing con or the airhead-bimbo-aspiration of women’s magazines.

2.     It was even more creative. I saw flowers, pompoms, sculptures and paintings, textiles. Almost all the placards and banners were home-made with skill and care.

3.     It smelt better. Honestly. A lot less smoke in the air for a start, and no fast food fat either.

4.     There were more children and a lot of them were girls. I didn’t see one who looked fed up or sour. They showed the same commitment as their mums, grans, sisters…

5.     The men there were not in groups with their own agendas but supporting women in their lives. I smiled at two guys calling themselves ‘Misters With The Sisters’.

6.     It was quieter. There was some drumming and I heard “We will overcome” sung like a church choir but almost no chanting.

7.     The messages were even wittier and cleverer than I’d come to expect. I was particularly impressed by the double-sided Shakespeare quotes (see photo) but there was more variety than ever. Trump’s sexist bravado – about pussy, about banging, grabbing and treating us like shit – provoked a range of playful, earthy and steely responses my mother probably wouldn’t have understood, but at the heart of all of them was a call to respect, an assertion of dignity as well as strength.

8.     It was warmly spirited, patient, peaceful and FUN. As one first time protestor said more than once, “This is so cool!”

9.     It was less tribal and more individual. Usually I either carry a Dacorum Green party banner or try to walk behind one that represents me best. On this march, while there were groups in evidence – I saw LAMBETH in beautiful fabric letters  and several Green Party banners (YAY) – it felt less political or ‘branded’, and more human.

10.   This made for an easier and deeper unity. When interviewed by Gay Star News no one will have thought to say, “Oh, I’m not actually gay,” because we were one: across gender and sexuality, faith, race and voting intentions. That was the point. We were women supported by men with a better understanding of masculinity than the new President, and demanding equal rights for ALL human beings. It was a call for humanity.

Some of these photos are favourites from other cities on the same day. 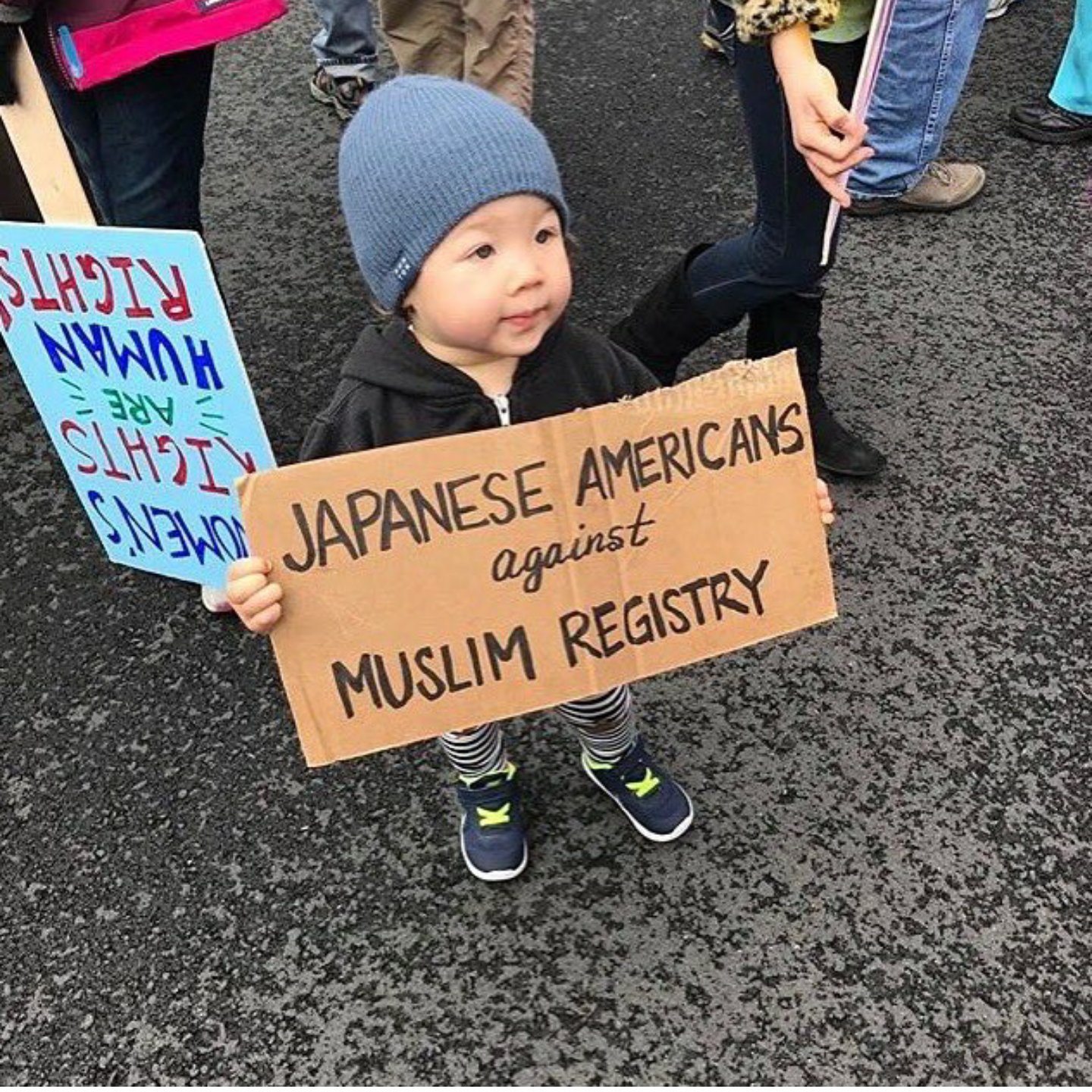 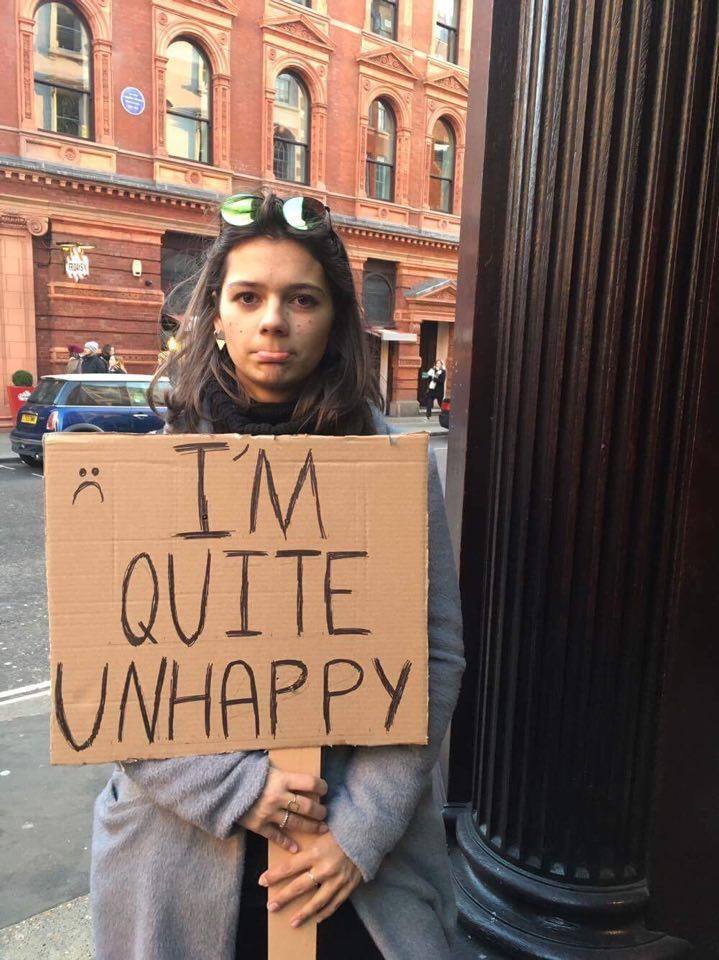 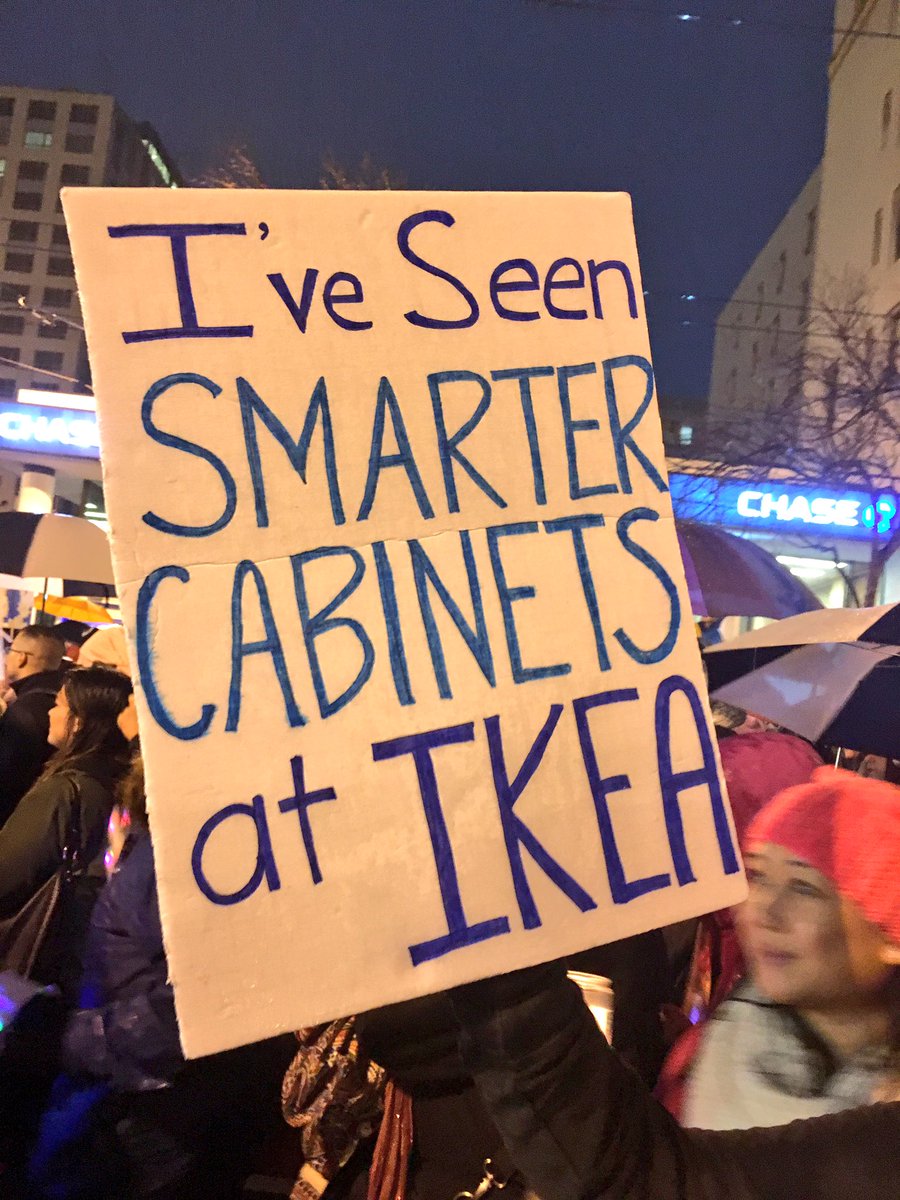 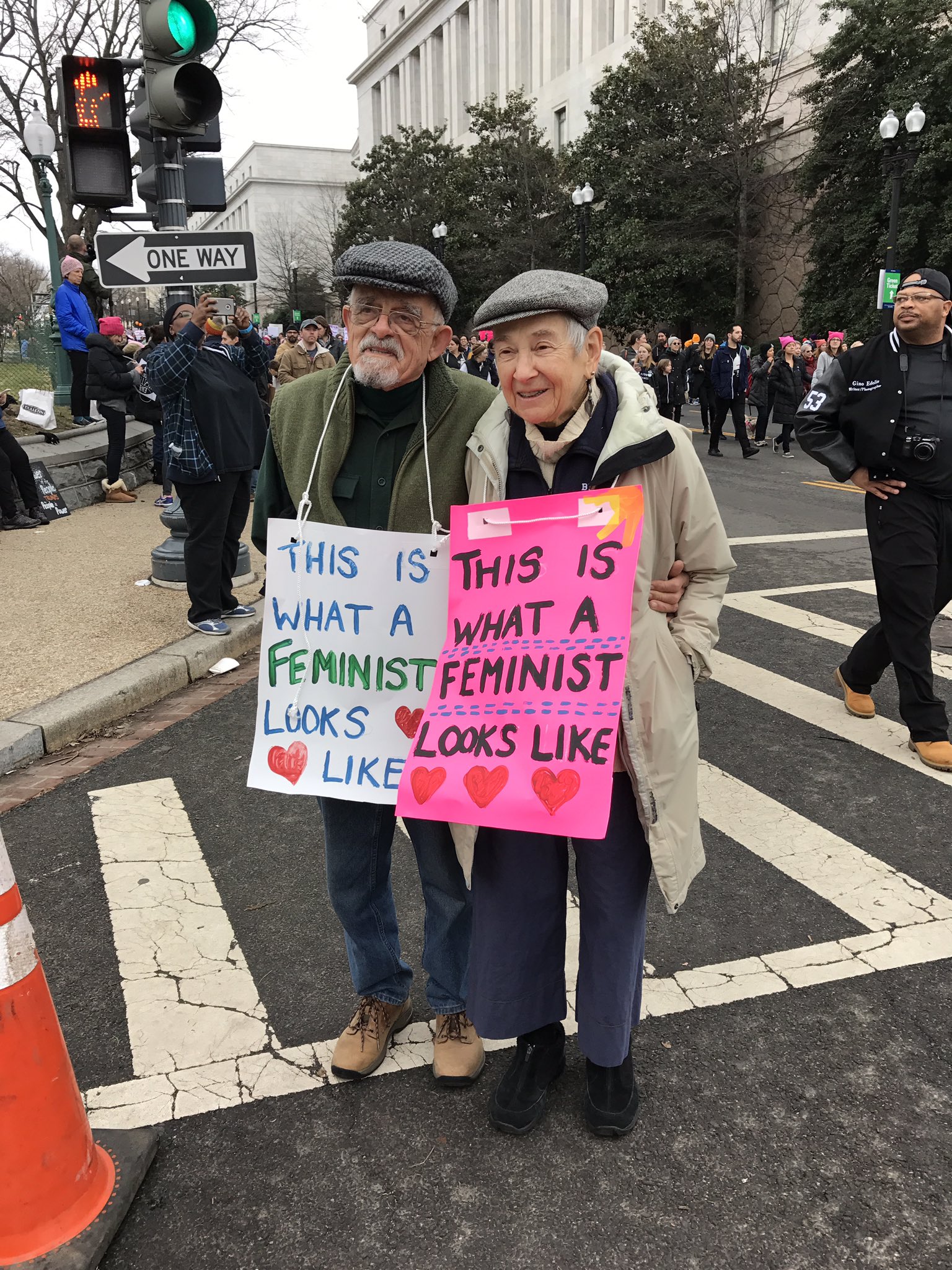 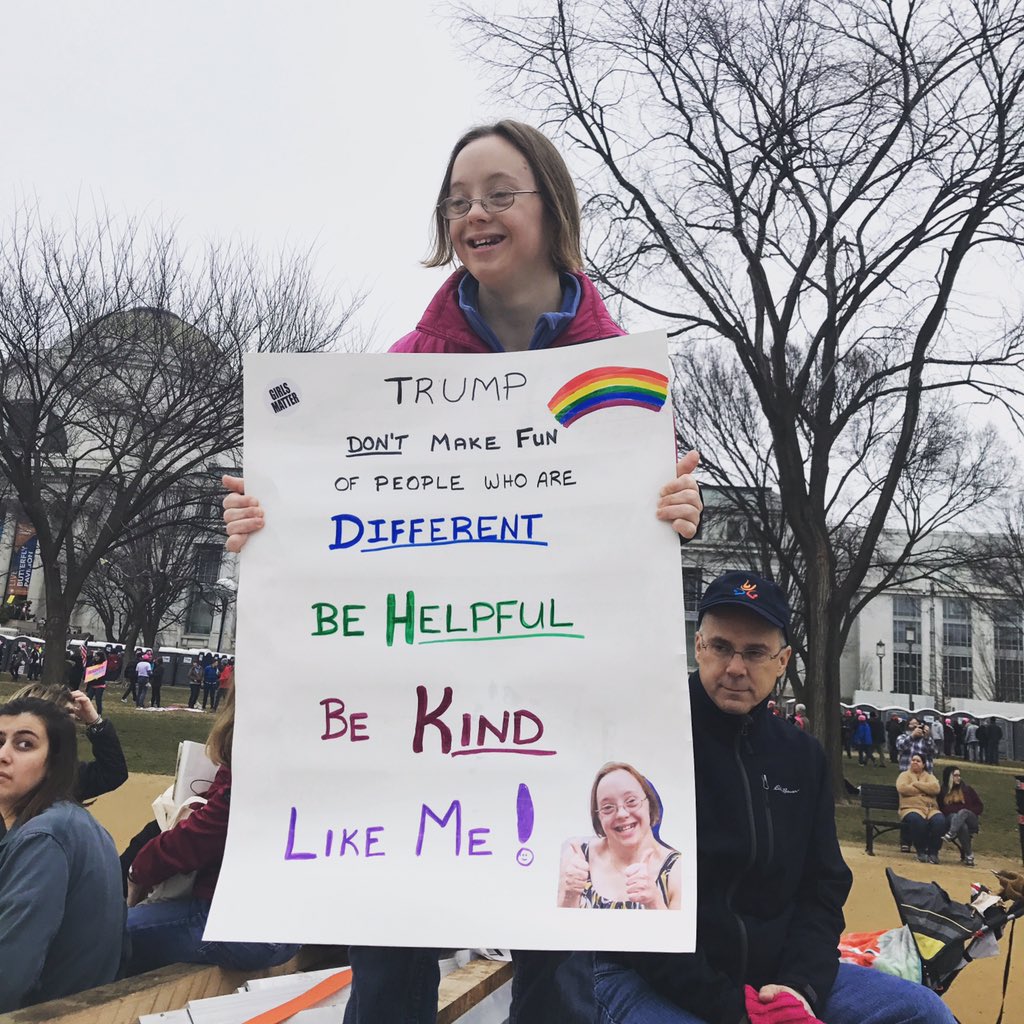 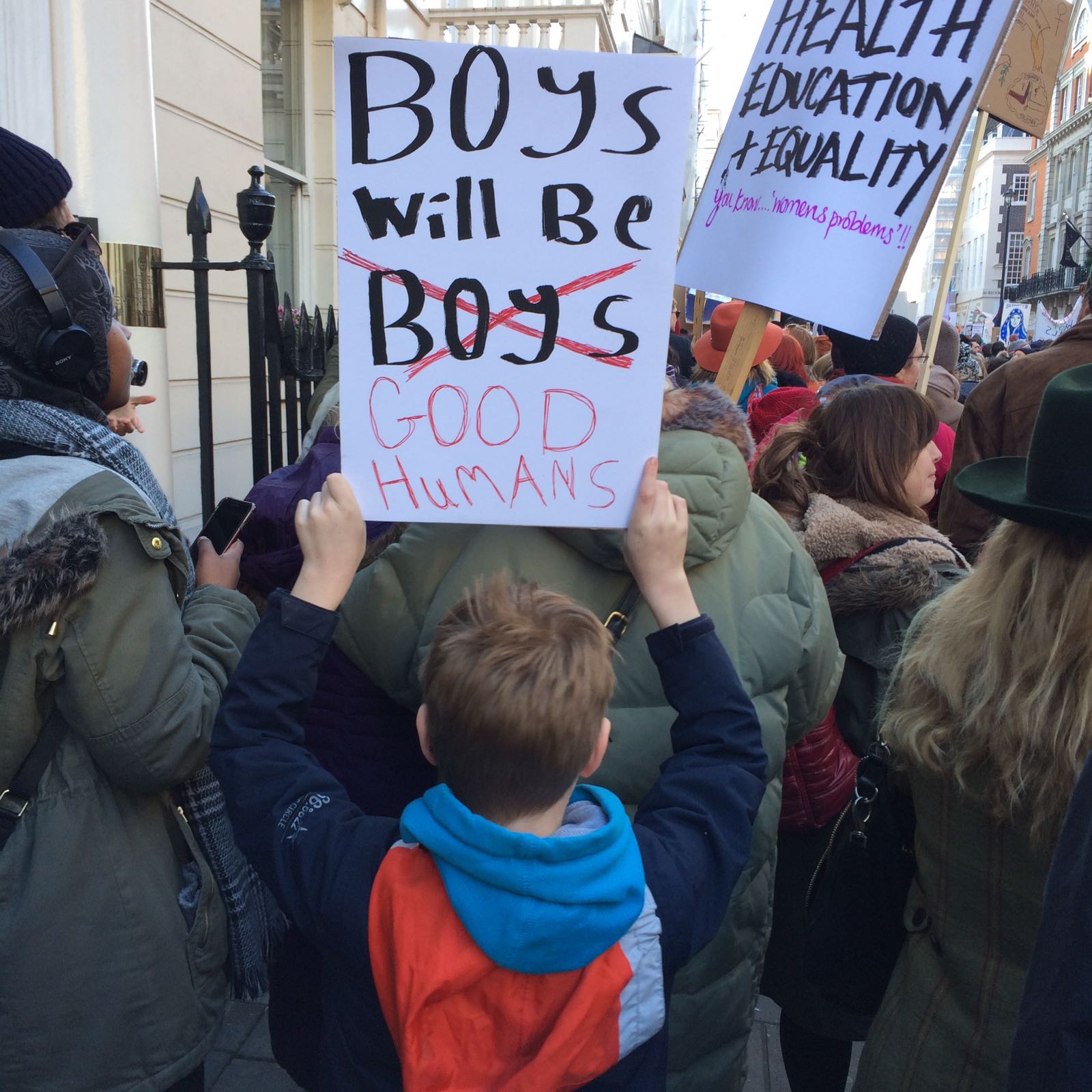 One thought on “#WomensMarchLondon: the human touch”