Soul at risk – or why I’m lucky to be in school as an author, not a teacher 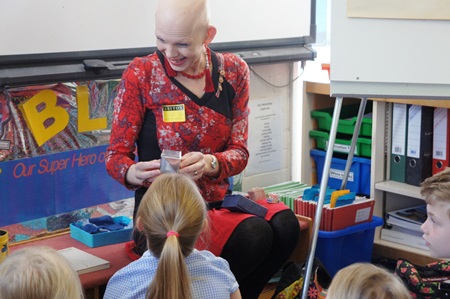 Authors like me rely on school bookings for income and, more importantly, an opportunity to sell books. I was once told by a teacher that a big name charges £2000 for a day; I won’t name him in case it’s less than accurate. My fee is modest at one tenth of that but it’s increasingly difficult to get into schools. The way they pay me now varies enormously from a cheque on the day to a BACS payment six weeks later via the County Council, and can involve completing paperwork which requires from me a N/A in every box because it’s really for building contractors with ladders. I was once asked for information about tax that I couldn’t answer even after rummaging through records and investigating online. That’s just one way schools, while subject these days to a ruthlessly prescribed curriculum along with multiple pressures limiting their choices, have very different identities.

There are the warm, relaxed ones where everyone is busily committed but part of a team of people who like and respect each other. There are others where the atmosphere is tense and/or demoralised and Staff Room conversation is negative; I’ve overheard the odd bit of bitching. And there was the one where, much to the embarrassment of the teachers, the Bursar threw my husband out in the rain because his CRB was a few months out of date, even though he was only going to be with the children when helping me with book sales in the midst of a crowd of parents. I can sell over a hundred books or I can sell three. I’ve been in schools where reading is a kind of buzz that creates an energy everyone feels when they walk through the door; I’ve been told by teachers that children don’t read because the parents don’t value stories. But with a very few exceptions, I’ve enjoyed my 600 visits – some secondary but more primary – whether I’ve worked with a whole hall for of students, a class or a small group of talented writers, Pupil Premium children or reluctant readers. And when I’m booked for a writer-in-residence project with a selected group, I have the privilege of getting to know individuals a little, and giving them intensive support.

I loved teaching until the time – largely wasted – on planning, records and assessment far exceeded the hours spent with the children, and creative freedom was eroded year by year. I liked to think of myself as a maverick discreetly retaining as much control as I could over what I taught and how I taught it. That meant no messing with Story Time, and plenty of poetry and fiction to inspire the children to write – not as an exercise with a checklist but for the joy of it, the emotional connections, the delight in words and their power. Now as an author I have my freedom back, and more variety than any teacher. I might work with Nursery and Y1 one week and Y8 the next – or even Sixth Formers studying Creative Writing as an A Level. It can be exhilarating. I’m sharing my passion and using my own work as a model, which is possible because I write for all ages. Primary school pupils are generally very excited to meet me and even some teenagers are in awe, so I have a wonderful opportunity because they’re engaged before I begin. We play with words and images and we create characters that generate stories. I’ve experienced very little bad behaviour, and met a lot of heroic, overworked teachers struggling to hold on to the humanity and the fun. As a result I have a theory about what makes a great teacher, and it’s not late-night paperwork and lost weekends.

I won’t say who or where but I’ve come across two male teachers in their thirties who have full lives outside school, and not just as fathers. They relate to children as other human beings and try to help them become their best selves, which may have nothing to do with numbers or letters beside their names. One plays guitar and is the lead singer a band; he plays football and runs marathons for charity. The other is a Labour Councillor involved in lots of community projects and groups. Because they are both trying to write a novel on top of all this, I’ve got to know them well and continue to keep in touch.  But how do they do it? Is it all made possible by wives who do all the work at home that female teachers have to do themselves? I don’t know. But I’m certain that the richness of the weeks they live sustains them in a world where, for most teachers, the job is all-consuming, leaving no time or stamina for anything beyond. More than that, I believe it’s the best kind of personal development. It’s not just about the knowledge and understanding they’ve gained from these other activities but the widening of a focus that can be narrow. It leaves them with their spirits intact.

I have a friend who leaves school no later than five and refuses to take work home. She’s still teaching at sixty. I know young teachers who gave up because they wanted a life as well as a job. Some can’t ignore the records that must be kept, policies that need updating, marking according to strict criteria even though there may be ninety books a night to mark – never mind bulletins for parents and planning files that are inspected and must not be found wanting… Personality or circumstances may make cutting back to allow for fulfilment of other kinds with a paintbrush, guitar or running shoes, utterly impossible. For many it’s hard enough to sleep when just the most pressing items on the list have been ticked off. It follows, then, that it’s the responsibility of head teachers to say, as I overheard one tell her staff, “Have a great weekend and no school work please!”

Where the head holds on to humanity and recognises deeper needs than pleasing Ofsted, the contentment permeates the school. And of course it’s the responsibility of the government to draw a line, reclaim teacher freedom and stop pressurising children. Relentless assessment all round has become a tyranny. Children feel pressurised and by the age of ten may have five pieces of homework over a weekend. It’s all as crazy as training teachers to train children to use three adjectives and at least one adverb per sentence, just to justify a kind of score – when the greatest writers don’t, and would be seen to fall short of the criteria with their vivid styles that connect, one human to another. This is all about soul under threat. So power to the teachers who make time to feed theirs, and power too to those who work eighty hours a week and are dogged by anxiety that they might be failing in some way. They all deserve better.

Would I still be teaching had I not made the reckless decision, once published, to be a professional author? No. I was manic, driven, running on empty and close to a breakdown at times. I don’t know what it will take – other than the Green Party running the country with an education policy so enlightened that it makes me weep – to force change. But in education as with impending climate chaos, change must come. 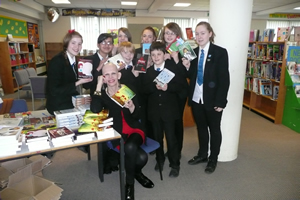 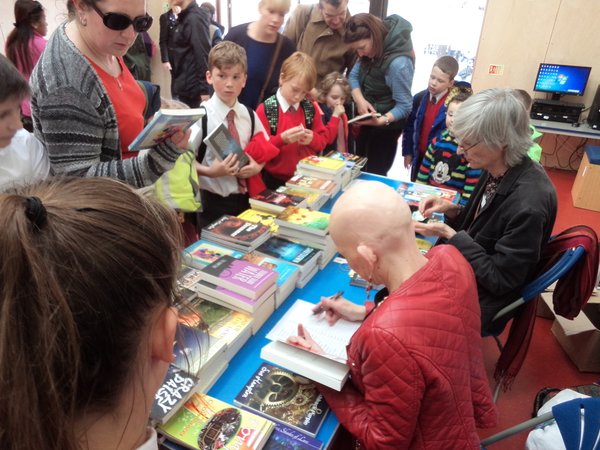