Between the lines: a kind of loving? 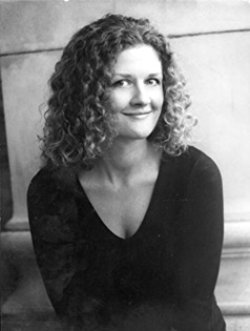 In 2005 my friend Julie recommended a novel called Eve Green which won the Whitbread First Novel Award for Susan Fletcher. Having lost a couple of heady days to it, I found myself unable emotionally to leave it behind. So I recommended it to another friend, Gwynneth, during my annual stay with her and her harp-maker husband in the tiny village of Capel Dewi near Llandysyl. “Oh,” she said, “Susan Fletcher came here to write it.” This I found, given the remoteness and familiarity of a village that time forgot, rather thrilling. It was a much more concrete connection than the kind I hope to feel when I read a great novel inhabited by a presence or spirit that somehow understands me. Since this debut, I’ve read each Susan Fletcher book that followed. While I’ve often found that no subsequent novel can match the power of the first title I happen upon in an author’s catalogue – be it Carol Shields and The Republic of Love or Anne Tyler’s Breathing Lessons – with Fletcher, the opposite applies. After Eve Green, Corrag was my favourite, until I read The Silver Dark Sea, recently eclipsed by Let Me Tell You About A Man I Knew. This means, of course, that I await the next Susan Fletcher novel with an eagerness built on firm foundations – or faith. There’s something about her voice, whoever tells the story and how, that is not only distinctive as all great writing must be, and constant through stylistic variations and different genre choices, but also a fit, a resonance, a profound and mysterious echo of an oddly personal kind.

When I became an author, reading for pleasure was transformed for some time into forensic scrutiny, but great writers take a short cut through to something I might call my soul. I mean the core of me, the part that knows instinctively what matters when the distractions, the froth, and everything that ego wants but doesn’t really need, have all disappeared like dust mites in a breeze. Yet without finely tuned language, living characterisation and layers of feeling and meaning, that core can’t be accessed. Recently I began to read a novel with an emotional storyline that should, theoretically, have claimed me entirely and had me reaching for a handkerchief. It didn’t, because it lacked all the above. Susan Fletcher never does. Here’s an extract from my review of Let Me Tell You About A Man I Knew:

There are novels I appreciate in spite of the distance they set between us, but this is writing I value, admire, envy and relish while remaining emotionally immersed in everything the words combine to paint: the portraits, the landscapes, the still lives and the stories they tell in all their delicacy and brilliancy. Because Susan Fletcher’s gift, peaking here, is a sensual, joyous artistry, and like the paintings Jeanne discovers in the asylum, the language glows, thrills and exhilarates. The novel is profoundly moving – so much so that even before she experiences wildness greater than the wind, the washing day opening made me cry. While it’s not the first to explore old married love, a daughter’s love, a mother’s love and more, it does so with the artist’s eye that sees inside the sitter – and beyond a wife’s understanding of her husband, and his of her. This is a luminous book, gentle and wise and full of bright spirit. It makes me want to live more intensely and openly, to look at the little things (like a moth on a branch) and to let silence illuminate, not stifle or obscure.

What I’m describing here is the result of a unique soul-voice, and what I experienced as I read this beautiful book is like love. My husband Leslie only talks, often with animation, of respecting and appreciating great writing. But for me, the L-word is the only one big enough to carry all I feel when I read novels or poems that have the same kind of physical effect on me as walking through flowers at a garden like Hidcote, hearing that a friend has been taken into hospital or sitting with a baby asleep on my lap. I’d argue, though, that loving a book doesn’t have to involve disabling all critical faculties. It’s just an assessment that explores below the surface where some feel out of their depth – and others like me look for mermaids!

Nick Hornby’s character in High Fidelity is not the only one with a top five tendency, and I often score the books I read out of 20 (with no Susan Fletcher title earning less than 17). I’m a passionate person and there’s a fan in me – which can be embarrassing, especially now I’m sixty. Once I read at the same festival as Carol Ann Duffy, whose collection Rapture sustained my faith in romantic love at a time of crisis. I found myself unable to tell her so except in cliché delivered with teenage awkwardness, and walked away shamed in spite of her generous warmth. When I had lunch with Michael Morpurgo after years of exchanging letters and loving that soul-voice underlying everything he writes, I was too afraid of playing the fan – and of failing to live up to my own writing, which he’d praised – that I couldn’t find myself, and was haunted afterwards by everything I said and didn’t say. It was almost as if I had fractured the connection I’d experienced on the page, which had been as pure as it was insubstantial. So it may be better if I never meet Susan Fletcher, although we have corresponded in various ways. Besides, like all her readers I know her already, better than I know most of the people around me. With their bodies and audio, gestures and habits – even with their narratives – they may offer few glimpses into what I call their core. Perhaps that’s something only writers expose. I know myself that my work is the best of me, and while the book world is harsh, the connection I make with any reader is not only a part of the goal, a justification and a consolation. It’s happiness. 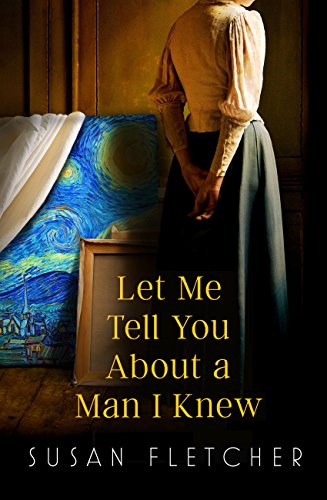