The power of fiction: novels that changed me 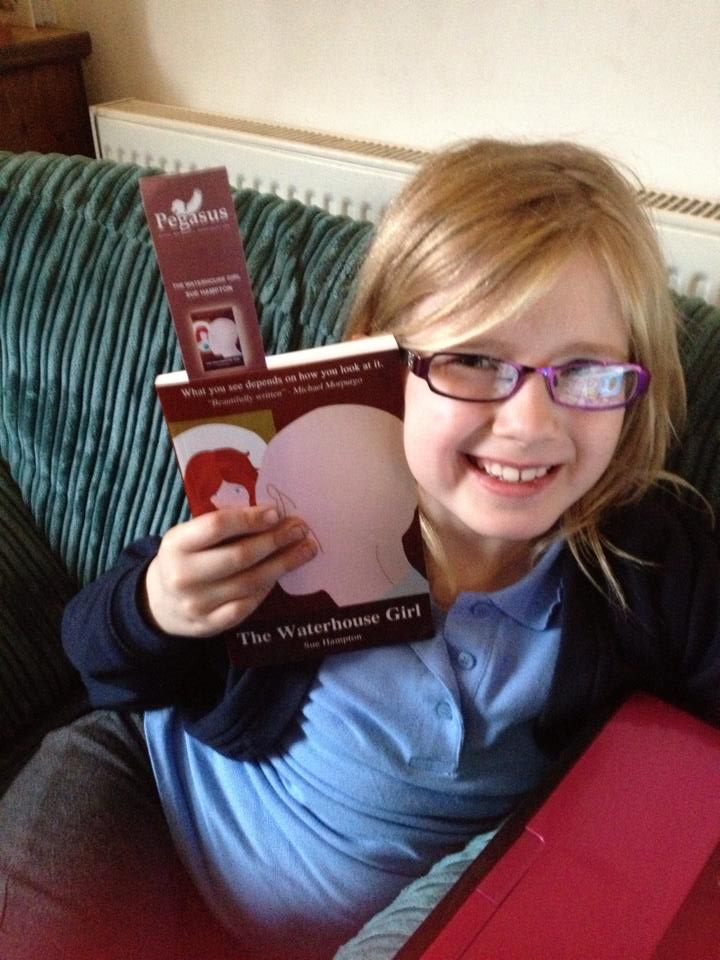 A story changed my life. It was the first of my books to be written back in 2000 when my bald head was hidden under a wig, a secret I dreaded being leaked. So THE WATERHOUSE GIRL, with its young heroine with alopecia, made me an author and began to change the way I lived without hair. A teenage boy wrote, having read it, “You made me a better person.” Stories can have such a powerful impact on readers that they change the way we think or feel, especially about people who seem ‘other’ until a novel helps us to get inside their experience. I revisited alopecia in a teenage sequel and also found a new way to use it in a short story in my adult collection, RAVELLED – flipping vulnerability into difference revered, or in this case, worshipped, in The Goddess.  But as a reader I’ve felt, learned and understood so much through fiction that I decided to identify books I’ve read myself that have given me an insight I might not otherwise have gained.

A SMALL ISLAND by Andrea Levy helped me, as a white woman who had always opposed racism (and as a girl of thirteen wrote a poem against Apartheid), a genuine understanding of what it would have been like to arrive in the UK from the Caribbean in the days when ‘No Blacks’ signs on doors were not unusual. It’s a shocking and unforgettable insight powered by compelling characters as all great novels must be.

OWL SONG AT DAWN by Emma-Claire Sweeney is a gently moving story with several characters we might label ‘Special Needs’, written by an author whose sister inspired the novel. It not only shows what it’s like to love someone society often shuns as ‘not right’ or ‘not normal’ but offers engaging portraits of remarkable human beings in the context of changing attitudes through recent decades.

THE KITE RUNNER by Khaled Hoseini is unbearably graphic but essential reading and turns Afghanistan into a lived reality rather than a name in the news. Of course it was huge, like BIRDSONG by Sebastian Faulks, but I confess that in stories of war and violence from Tolstoy through to the present day, there are passages I have to skip. This does nothing to compromise the horrific rawness of the reality they present; it’s simply that I’m a fully engaging reader who makes deep connections as well as a Pacifist Quaker who’d rather die than kill. I do know this is an untested position!

Many novels explore the experience of Jewish people under the Nazis and some go into the concentration camps. THE BOY IN THE STRIPED PYJAMAS by John Boyne and THE BOOK THIEF were both huge successes, the former with its child’s eye view and the latter with its gorgeous poeticism and the daring conceit of Death as narrator. But I also enjoyed a less famous novel by Barbara Towell called A LITTLE PIECE FOR MOTHER which climaxes in Auschwitz but begins with what it was like to be Jewish in Sixties Britain, recreating dark shadows left by wartime that were not erased by peace.

It’ll be no surprise to anyone reading this that I campaign to protect the Earth for future generations. When I wrote START, a futuristic YA novel about a wake-up call for governments in denial, I wept, because the writing took me beyond science and social media. I lived what increasing climate chaos will mean, for human beings like the characters I love. One reader emailed that it was ‘like a bucket of iced water over the head’ and it was meant to be.  Since then I’ve written THE BIGGEST SPLASH, which was rushed up as an e-book on my website by my publisher Magic Oxygen because of the urgency of its message. Creating my four different activist women consumed me and increased my own commitment as they became real and vivid, and much fuller than mere representatives of a point of view. One reader told me she was shocked and shattered. Yes, so was I.

If you would like to nominate novels that changed you for good, please do.

PrevPreviousSoul at risk – or why I’m lucky to be in school as an author, not a teacher
NextI’m only dancing (on and off the page)Next