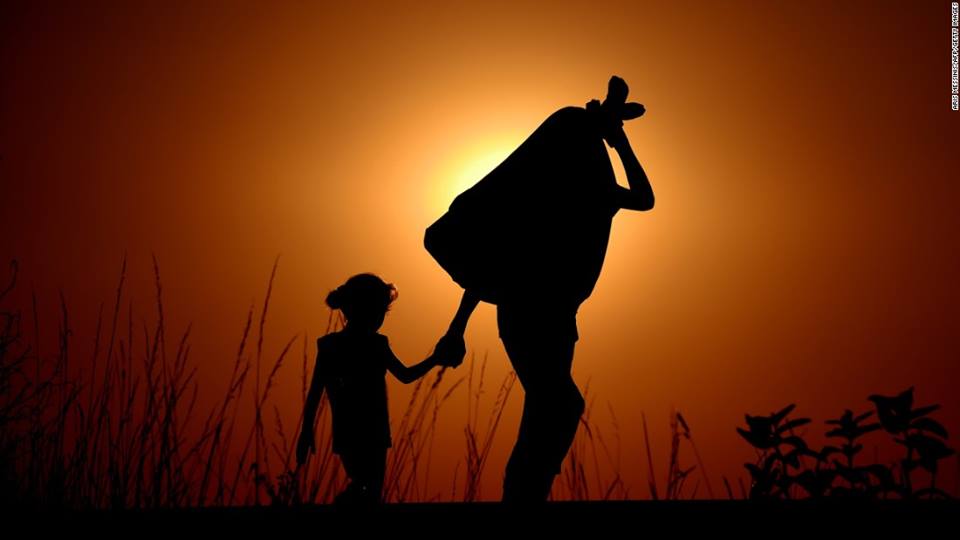 Politics is a dirty word. Talking about it at dinner used to be considered bad manners and could still be dangerous now. When someone called me a political activist recently, he meant it as a criticism. He was denouncing me, and the refugee charity I represent. But charity, as we know from the Bible, is a variation on the word love, which is closely connected with caring or empathy. Goodness knows we see little enough love in politics. At a time when our Prime Minister has been attacked for showing scant compassion, I’ve been reflecting on a widely shared perception that politicians bring politics into disrepute, and whether that could change.

Looking up the definition of politics, I find in the OED that it can refer to ‘activities associated with the governance of a country or area’. In this sense it excludes those who are not professionals, except in an election campaign when candidates, even failed ones, make a bid to participate in such activities. Perhaps I engaged in them myself when I canvassed for the Green Party, but it felt a long way from Westminster, not least because genuine conversations on the doorstep seemed authentic, human and personal. My husband’s own definition of politics, that it means working to change society, may seem idealistic when we look at debates in the Commons, or the careerist machinations that are closer to playing politics, but it feels much closer to what, how and why I campaigned with a Green rosette. The OED also defines politics as ‘a particular set of beliefs or principles’ and that’s what I was sharing.

The electorate could be forgiven for thinking that some politicians may have beliefs but not principles. Watching them in action after the Grenfell Tower catastrophe, or observing in horror as they cut disability benefit or privatise the NHS, some have suspected that their overriding belief is in their own superiority. Theresa May seems unable to relate to those outside the top 1% and while we might feel sorry that her experience has been so narrow, the consequences for those on whom the rich and powerful look down are devastating. Again and again we have seen politicians – and sadly they are not all in the same party – exposed as expenses cheats, as offshore tax avoiders, for corrupt links to business in general and fossil fuels in particular. It’s as if the rules to which the rest of us must adhere do not apply. Like Hollywood stars, they’re escorted by bodyguards and driven in expensive cars. Setting themselves apart, how can they connect? How can they believe themselves merely equal to the rest of us?

It’s not surprising, then, that Jeremy Corbyn is loved – for cycling, using the tube and walking unguarded through grieving crowds, listening and embracing. As MP of a diverse constituency where poverty is all too visible, he has always communicated with and supported his fellow-humans who live there too. It’s a striking contrast and it’s his evident and natural humanity that inspires faith in a different kind of politics. So politics can, it seems, be personal. It always was, but in a media age – look at the circus of U.S. elections – the way we read our politicians can earn them our votes. And maybe it should, because in every job and role in life, personal qualities count; without them experience and expertise are not enough. Again and again on the doorsteps I heard that Caroline Lucas is respected for such qualities; Jonathan Bartley was able in this election campaign to make a similarly positive and decent impression. Both are seen to represent, as the definition said, a set of principles – not their own advancement or profit. Like Corbyn, they want to reduce inequality, while the Government appears, both in its policies and the attitudes of its leaders, to drive it, King-of-the-Castle style. When asked who, among the Tories, could replace Theresa May, the public has little confidence in those who have been seen to lie, to manoeuvre, to jeer, sneer or put their own position first, to spend their time insulting others rather than presenting a fairer and safer way forward. They really have given politics a bad name.

No one can deny that this year political developments here and in the States have had the Rocky Horror show allure of highly coloured, sometimes burlesque drama. It’s not difficult to see some of the performers as dark villains or inept buffoons we can ridicule from a distance. Perhaps it’s not surprising, then, that in Corbyn the political stage offers us a different kind of figure, one who doesn’t seem to be acting at all, but has just stepped up to call for something better. No wonder crowds gather to hear that cry. What Green voters have in common with Corbyn fans, like the Green leaders with JC himself, is a commitment to integrity, fairness, honesty and compassion. That doesn’t feel political to me.

I don’t conceal my activism – for climate justice, against fracking, to expose the moral vacuum of our arms trade. That’s all political in the sense that laws need to be rewritten and the Tory government sees no need for any such changes, even those required to ensure the survival of the species. But my beliefs are ideals born of my Quaker faith, my love of God in every one of us. Speeding climate crisis and selling arms to oppressive or warring regimes is neither idealistic nor loving.

I belong to a group of women with different personalities, backgrounds, religious and political alignments who share a common goal: to find ways to help refugees and other homeless people abroad and in the U.K. We are passionate in our shared belief that whatever work we do as volunteers is what love, to use a Quaker phrase, requires of us. Our only position on borders is that where they exist, love and aid must cross them, and that whatever policies nations pursue on immigration, we must hold on to our common humanity, which knows no divides. As it says on the back of the T-shirt, our appeal to everyone is: HUMANS UNITE.

That’s not political. It’s a rational kind of hope because if we could only do it, there would be no war or injustice. And the only thing that can unite us is compassionate love – in action. That’s real activism for change.

PrevPreviousWhy grown-ups could do better
NextTo the NHS with thanksNext