Why grown-ups could do better 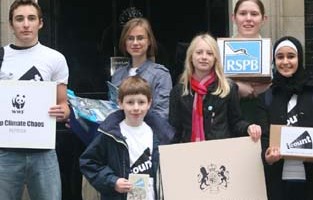 It’s time for adults to end the hypocrisy of double standards and start living the way we teach children to behave in school. For some politicians this would be the biggest U-turn in political history. It would also be a tactical switch for those in the media who present them to us, and to millions of us on social media. But we’ve let those primary school standards slip so far we’re in danger of destroying ourselves and the earth we share.

From the time they begin Pre-School, Playgroup or Nursery, we teach children to listen to each other respectfully. Take note, Paxman and Andrew Neill, who’ve both been known to interrupt their subject 50 – 100 times in one interview. Schools have bullying policies; the media doesn’t. In school, children are not allowed to call each other abusive names. That’s until they grow up and go into politics or just get a Twitter account.

School rules do not allow stealing by children or fraudulent abuse of funds by governors or staff. Many members of parliament claim three figure sums for taxis, breakfast or a duck house, switch homes, employ family members and invest in off-shore accounts.  In school, fairness is essential. Teachers are aware that all children are to be treated equally in the classroom. Adults, however, often behave as if they are more important than others who are different from them. David Cameron showed this when he jumped the queue for socks.

Schools log and address racist incidents, teaching those responsible that their behaviour is unacceptable. The racism of Nigel Farage was noted and deplored at Dulwich College by a teacher who believed it disqualified him from the role of prefect. As an adult and media darling, he feels free to share his racist views. See the famous Breaking Point poster in 2015. Boris Johnson’s racist language is tolerated even though he airs it from the Foreign Office; Twitter is full of it.

From a young age through secondary education, we teach students about climate change and our responsibility to protect the environment we share. But many adults fly at will, over-consume and over-package without a thought for the consequences – while our Tory government pursues policies guaranteed to hasten climate chaos as they undermine renewables and push fracking against local democracy and the will of the majority. We teach children to share. That’s until they’re adults. Then the gulf between the rich and poor widens and such glaring inequality causes just about every social problem we can name. And as for sharing the Earth’s resources, the rich take the lot, leaving the poorer nations at greatest risk of climate catastrophe.

We teach children not to lie. But we have reached a point where politicians think nothing of denying truth, fabricating excuses or unfounded accusations and trying to fool the electorate for power and gain. We’ve seen it again and again as doctors expose lies about the NHS and the police about the cuts they’ve witnessed. Some voted in the Referendum trusting the lie on the Brexit bus. We see and hear equally blatant untruths from various elements of the media whose unrestrained political bias drives them to disrespect the truth they are paid to offer the people.

Children are taught to solve problems without violence or aggression, and to avoid conflict. Governments make war. Politicians like Hilary Benn claim it’s heroic to do so. Those who prefer to talk to the ‘enemy’ in order to find a peaceful alternative are accused, like Corbyn, of being unpatriotic. Weapons in school are confiscated and their use leads to suspension. Governments like ours sell weapons as big business, for profit. In fact, this Tory government sells more than every other nation but America. A student who sold a weapon to a student who then used it to kill would be considered complicit in the crime. Our government sells arms to Saudi Arabia, and when Corbyn called for a vote on whether to stop, some of his Labour MPs backed the Tories in their determination to continue.

No school has an ethos that permits the annihilation of another school (plus any other inhabitants of its vicinity) or the stockpiling of weapons for such annihilation. In a student such behaviour would be seen as psychotic. In a Prime Minister like Theresa May, a declared readiness to press ‘the button’ that ensures destruction on a massive scale is applauded by her MPs. When Jeremy Corbyn says he wouldn’t press that button and kill millions of people, he’s declared weak and unpatriotic (again).

How did we reach this place where cynicism shades into moral bankruptcy? Who overturned the values taught in classrooms for the good of all in a diverse community, and replaced them with this depravity? Why do we jump on those who demand decency, justice and equality and peace, tell them to grow up and face the real world – when all they’re being is the adults we tried to nurture and develop in our primary schools? Accuse me of student politics. Call me naïve, but I used to be a primary school teacher and I believe we teach love, compassion, respect and tolerance for good reasons. I want a world where those in power remember that those values are for the common good, for the wellbeing of the individual and the healthy functioning of the community.

We really COULD DO BETTER.