Grief, memory, Dad and flashback – or the happiness problem 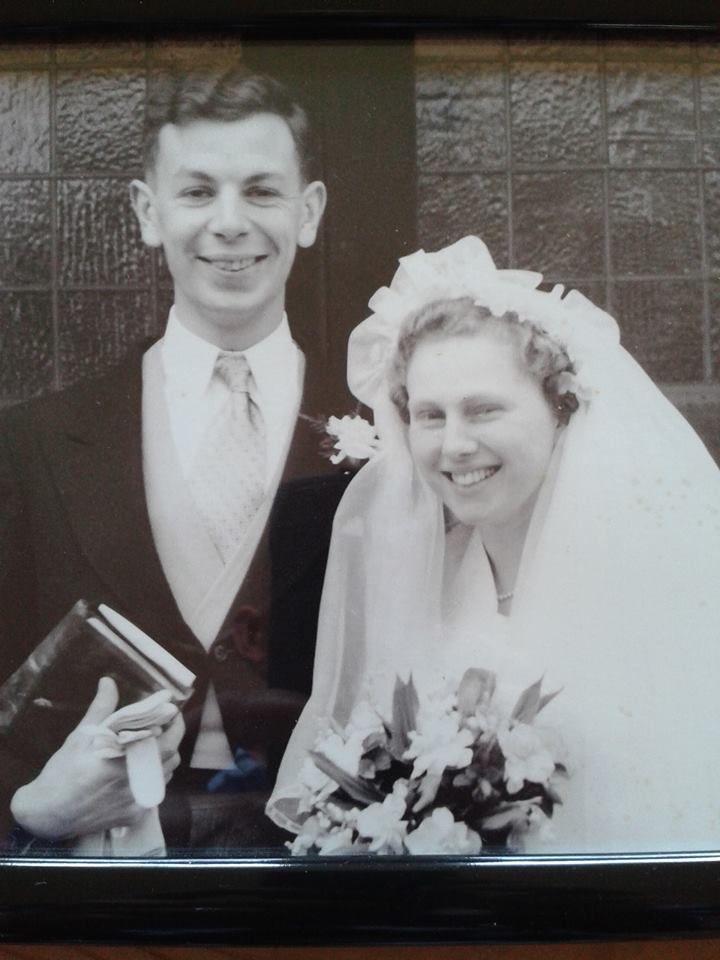 Between about five and half past this morning, I lay in bed crying for my dad, and picturing him in scenes that remain vivid. He died in 03. Some who live on without a parent mourn the love or understanding they didn’t share. I’m lucky enough to carry that love and understanding  with me, along with the knowledge that they – or he – shaped me. He’s with me, not as a ghost (much as I enjoyed Anne Tyler’s The Beginner’s Goodbye) but as part of who I became, and am still becoming. As a writer I like to explore identity and what accounts for it, so in my adult fiction in particular, I use flashback. But in novels a character’s memories have clarity that outside the page we can’t muster – except when the images we rerun are sharpened by grief, loss, pain and fear. Or is that just me?!

This morning I recovered the dramatic sequences: not just my father slowly dying in hospital but the bright blue, bitter day of his natural burial as I took again the same steps towards the grave. I heard my daughter read the end of his last poem beside me; I echoed the words I told him when he was unconscious; I was back in the school office where I took the call recommending that I go at once to his bed in the John Radcliffe. I have lived sixty-one years but these memories are acute – like two other deaths, both too soon and both hard to witness in dear friends. They feel complete and resist the fictionalisation that comes naturally when we tell our daily stories. This is different. This is action replay, and it happens inside.

But there’s a problem with happiness. In movies it often requires a segment to music with scene changes, suggesting the passage of time in which one loved-up day merges into another and soon leaves behind nothing more precise than warm, amorphous feeling. Or would, if we didn’t recognise the cue and anticipate death or break-up on the storyboard. In real life, the same blend and lack of definition soon overwhelm the contented and ordinary days. Until, that is, our routine is broken up by the very experiences we dread most, and we form memories of a different kind. So novelists can be forgiven for focusing more or less exclusively on memories kept intact by loss, and I don’t believe that a novel needs be depressing as a result. At least, that was my hope when I wrote FLASHBACK AND PURPLE. Since there’s no pain without love, a character’s loss is essentially recognition that love is the biggest, the only and all. So on the page as in life, grief is double-edged. Personally I look for a novel that replicates this reality, and as an author, love and death are the themes I want to explore. And yes, I’m in good company! Setting aside Shakespeare, loss defines every great novel I have enjoyed in the last couple of years, from Alias Grace – where Grace, who might have killed and could well hang, has lost faith in living – through to The Tin Can Tree, which begins with a family numbed by mourning. It’s there, giving weight and passion to a fine YA novel called The Tides Between; it infuses The Silver Dark Sea and illuminates its world with meaning. And in Susan Fletcher’s novel about a woman who meets Van Gogh, the loss is of love itself, and hope, and joy, long before we hear that Vincent has put the shotgun to his head.

There’s a distinction, of course, between a character’s recollections and the use of flashback – which serves as a time switch in the narrative and aims to substantiate character. In third person this is additional information from the author, who needn’t pretend that any character retains all this.  No one needs to tell readers that the past is always with us, especially once we’re old like me and the future can’t match its sweep. But what of the living scenes that played out between Dad and me before death? I haven’t lost them. I know they’re there, but they’re overlaid and conflated. When I was a child, he took me up to London on the train for the National Gallery followed by the Quality Inn in Leicester Square. Then as an adult I’d meet him up at Euston every Half Term and we might go to a gallery, a film, a park for the flowers. Or we’d talk and talk, and I could be fully me – without risk, because he loved me unconditionally. I hope he could be just as fully himself, in the knowledge that my love was absolute. But there is no one day, one conversation, one moment when I see him coming up the escalator just as I always will. It’s not cinematic like death. And the scene where I walk arm in arm with him from Applecroft towards Seymour Road, and feel the fabric of his raincoat and his bone underneath, and my body seems to know his rhythm, and I can smell… something… his soap, shampoo, or just that essence dogs know, is a composite or construct all the same. I don’t know where we’re going or why. We’re just together.

That’s why happiness is hard to write. It only really counts, with a weight and purpose that makes the reader feel its colours and textures, edges, shape and impact, when it’s over.