What’s in a nickname?

I was talking to a dear young friend who confided that at school some of her peers called her Pig. I was shocked, but understood how that nickname made her feel, because during my uni years a fellow-student told me at a bus stop, “Your nose is like a pig’s snout!” – yes, while sober, in daylight. My young friend is a fantastic human being, attractive inside and out. Setting aside the total unacceptability of anyone, as an individual or in the media, making a negative comment about anyone else’s appearance, it made me think about the power of nicknames. At school I was Shampy, or Shampers: fun and neutral, no criticism or ridicule built in. My two best friends were Pea (her initial was P and her surname Green) and Dougi, on account of her hairstyle which reminded us of Dougal on The Magic Roundabout, a cool must-see TV show at the time. I don’t remember anyone being given a nickname that was in any way unkind. Even my friend with the surname Cooper was quite contented to be Henry, after the boxer who fought Mohammad Ali, because she was slender and blonde so the incongruity made people smile. But if our given names can determine to some extent how we see ourselves, how much more influential can nicknames be, when they are chosen for an individual and adopted by a group of peers?

In JUST FOR ONE DAY, Wayne is called Slug and that’s a way of targeting to diminish and disempower him. It’s a nickname no one would welcome because of our shared perception of a creature most of us find unappealing – the opposite, perhaps, of Stallion or Panther where admiration is implied. (I have to add, though, that the picture I found is really rather cute!) My challenge as Wayne’s creator was to show that he’s a big character, not only more generous than the originator of the nickname but seen, as the story develops, to show greater strength. Not slow, but clever. Not ugly, but beautiful in spirit. So he overturns the assumptions the bully makes. Similarly in SPIRIT AND FIRE, when Aifa’s warrior father calls her Mouse, implying weakness and timidity, my task is to help her prove him wrong. Aifa finds and shows courage in a way he wouldn’t have understood, but which for those of us who prefer peace to war is much more inspiring. I like to think that in life outside fiction there are those who, consciously or otherwise, are motivated by negative names, looking back on these labels as challenges overcome, and catalysts for change.

As a woman with alopecia I have been called an alien, and I know other women who walk bareheaded in the world and have heard Egghead lobbed at them by strangers. My husband wrote a beautiful poem exploring the otherness of a bald woman and likening me to Botticelli’s Venus, exotic in her difference. I recruited and captained an alopecia team on BBC2’s Eggheads, and we won £29,000 for the charity I represent as an ambassador, Alopecia UK. There’s a healing pleasure in the twist that turns insult into celebration. That’s why in my short story, The Goddess, from my adult collection, RAVELLED, I created a world where the woman with no hair is worshipped. But in my alopecia novel, THE WATERHOUSE GIRL, Kevin the bully calls my heroine Turnip. More than that, he presents a turnip with one straggly hair in the closed fist he thrusts at her. It’s meant to humiliate and threaten. Turnips like his are cheap, at the end of their lives, about to be boiled and eaten, easily crushed. And the nickname made visual and concrete has the effect he desires, because Daisy is both hurt and afraid. But Daisy’s greater emotional intelligence, resilience and humanity ensure that she isn’t squashed. Quite the reverse. She not only dances but grows, and shines.

If a nasty nickname can, like many other difficult experiences, eventually build a survivor from a victim, what of nicknames that are all things to all people? VOICE OF THE ASPEN turns out to be the name given my Lakota Sioux hero by his mother, alone in the wilderness with her baby and The Great Mystery we might call God. But when he’s found, silent and uncomprehending, in Hertfordshire woods, the small Victorian girl he fascinates calls him Lamb. She’s overheard a servant use the phrase “poor lamb” and there’s tenderness in it, as well as Christian symbolism. All this makes the name a poor fit, because while he is indeed gentle, he has his own religion – and greater wisdom, agility and connection with living things than Victorian boys, a better eye, hearing and sense of smell. His physical and inner resources and way of looking at the world equip him for independence. He may be injured and traumatised in a society he doesn’t understand, but no one could attribute to him the vulnerability suggested by Lamb. Late in the book his familial nickname is revealed, and its implications are quite different. As Storm Wind he is not to be pitied. He is a force of nature, fast and powerful – at a point in his story when his family and people are intensely vulnerable, their pride at risk with their traditions. His English friends are left challenged by his real identity and unsure what to call him. For Grace he will always be Lamb because the name speaks of her love for him. And, as we see at the end of the novel when he returns to find his family in the Standing Rock reservation, we are reminded how Native Americans were sacrificed to the white man’s conquering greed as their land was stolen and their culture disrespected. With Wounded Knee on the horizon, has his loyalty and determination led him, like a lamb, ‘to the slaughter’? It was an early book, and my research had a profound effect on me. It taught me that when writing historical novels an author will sometimes long to rewrite history.

To finish, here’s an extract from the title story in RAVELLED, showing how an unusual name – in this case chosen by parents for reasons that are mysterious – can impact on the identity a character adopts, and direct the narrative. You will be able to see where this might be leading my Marilyn, and wonder whether the tragic true story of her most famous namesake might cast a shadow on developments.
She was the only Marilyn in seven hundred and fifty girls. In her class there were four Susans, three Annes and some Janes, Janets and Janices, but her name set her apart. It was modern, with an aura of sophistication – even though she wondered why her parents had called her Marilyn at all, if they wanted to treat her like a Jane and insist that school rules about make-up and uniform were there to be obeyed.

I’m writing this, as it happens, at a time when my grandson is due any day, his name a secret for now between his parents. What nicknames he might be given, who knows? But I do know that he’s already loved, and that will make more difference than any name he may be given. Some might call me a fantasist, but if only it was love that defined, motivated and united us all. 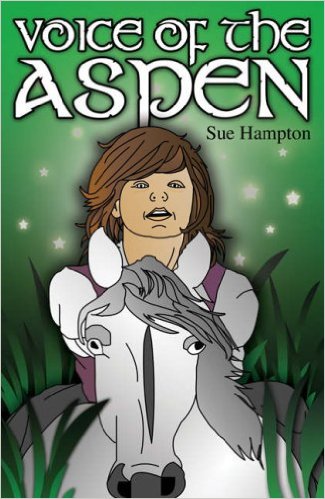