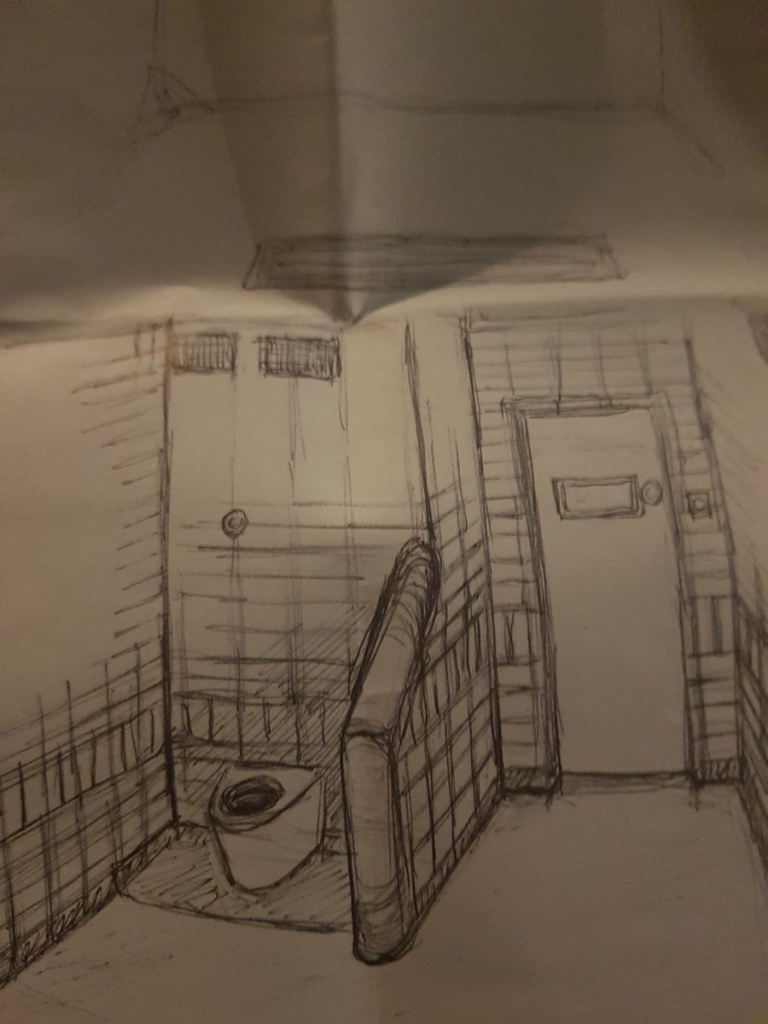 Libby was quiet on the tube and didn’t mean to be. If she could, she would have oozed wit and intelligence – casually, without appearing to intend any such thing or even recognize how fascinating she must appear. Trey didn’t seem to mind. There were a few minutes when his hand was so close and pretty that she hoped he might hold hers, which would mean more than sex. If it was a choice between any position in the Karma Sutra and feeling understood, well, Bee might find her preference hard to believe.

Her mother would be disbelieving too, if she messaged, See you soon. Heading for Waterloo Bridge. Part of her liked the idea of a surprise that would be close to shock, but then part of her felt a panic she couldn’t exactly explain, because she didn’t want anyone making assumptions. Putting in an appearance at a climate protest didn’t make her Rob.

It was galling to find as they took the steps down from the station that Trey knew more about the whole occupation than she did, pointing out the church where protestors slept and referencing a newspaper quote from the Canon that they were like Jesus.

“That’s way over the top,” she said, withholding sackable.

“Some of the media does want to nail and spit on them,” Trey pointed out. “Wow. This is something up close.”

Libby thought he looked excited. “Will you interview Mum first? She’ll love it. You might have no battery left by the time she’s finished.”

But she began to wonder, at her first sight of the crowd ahead, whether they’d even find her. Smiling, Trey took her hand.

Manda placed the wipe-down pillow at the end of the equally thin plastic mattress – on a long metal shelf that stood in for a bed. It ran all along one side of the cell, while on the other a bright panel of light would prevent anyone sleeping. She hoped not to return to the seat-less, lid-less pan of a toilet in the corner before she was released. The ceiling carried promos for a high-tech Met doubling as warnings to prisoners. And behind her head there was a wall that paid a kind of homage to a window with bars. Grim was the word Leo had used and she wouldn’t disagree. It was a space that assumed and declared that anyone spending time in it was unworthy of comfort or dignity.

With no phone Manda found it hard to judge how long she’d been gone, but tried to calculate. Maybe forty minutes stationary in the van awaiting a destination; the same again on the road through rush hour; an hour at least at the back of the nick, with the doors open while the police ate ice-creams and fetched the four of them disposable cups of water it was too hot to refuse. Another hour or so in a holding cell, talking amongst themselves about Greta, Attenborough, climate strike and the science: communication that was meant for the officers standing there with them. Not that they said much, apart from, “You’re all a lot nicer than our usual clients,” and “Not like the lot on the Brexit march.” “You’re all so polite.”

Just a few minutes to go through the items in her backpack, explain her rights and ask a few basic questions. She’d complied silently with the fingerprinting and the DNA swabs and rearranged herself obligingly for mugshots from three angles, minus smile. And she would have liked, in a way, to chat and be as affable as they allowed, as chirpy as Leo, because it wasn’t their fault, but she felt too serious for that. This felt big, heavy, memorable. More than an experience, it was a travesty, of course, because the criminals were in government and board meetings. And even though she wasn’t religious she felt a sense of something deeper than she usually recognised in the rightness of it. There was truth to serve.

The statement she’d written with the paper and pen she’d requested lay at her feet. Unable to lie down comfortably, she sat up and reached for it. An appalling scribble, it was almost as hard to reconnect as the jigsaw puzzles her mother used to like, but she tried, faltering, to deliver it quietly as a kind of rehearsal. Maybe she shouldn’t have mentioned losing Rob – they might see that as a plea for pity. She decided now to cross out for my granddaughter. All the personal stuff was irrelevant anyway; the science should be enough. But she’d called herself a Conscientious Protector, written it in capitals. It would be her mantra.

When she heard from a disembodied voice that she could take her phone call, she’d had to work out how to use the panel on the wall. The XR action line would have contacted Leo and whatever he felt it couldn’t be surprise. Did one person in each couple always love a little bit more than the other, and could that change? And had the intensity of her mother-love alarmed Rob almost as much as Libby?

Manda realised she never had this kind of thinking time, with no phone to hand, butting in with notifications. No kitchen tempting her to bake if not to eat. No emails to delete or save for later. How long since she’d been alone with trees and breeze and felt open as well as alone?

“Rob,” she murmured suddenly because that had been a grieving thing, finding him where he loved to be, in a forest or by a lake. “You know what this is like. I wish you’d been held here, in this station, in this cell. I’d love to feel you with me but I can’t.” Maybe the custody sergeant would be listening with the volume turned up but she didn’t care. “Whatever I do I feel as if I’m losing you all over again. Already my memory isn’t good enough and I’m scared that one day I’ll forget you completely, and then I won’t know how to live or why I should. Because right now I’d rather you walked through that door – literally, as a ghost – than anyone else.”

“Manda, love isn’t like a music chart. It’s not a competition.” Leo said that, months ago. “You love Libby too – not less, just differently.” And he didn’t seem to need the number one slot, which was touching but hard to comprehend.

If he had managed to reach Libby with her news, how would she react? She imagined her rolling her eyes like she used to as a teen.

“Rob, sweetheart, I have to do better.”

The cell door opened noisily. Something smelt less than delicious and it was in a plastic tray.

“We got you some vegetarian food. It’s not vegan.”

“I’ll leave it with you in case you get hungry.”

She’d been hungry for hours. The door closed again, and she hadn’t asked what time it was or how long they would keep her.

Not that it mattered.

Trey was interviewing Leo, asking how he felt about his partner being arrested. Libby watched, heard this brand-new stepdad of hers talking about her mother’s fearlessness as if he loved her for that.

“She’s very passionate about the truth we need to tell. I’m here because of that passion. She woke me up and she’s counting on all this, and arrests like hers, waking others up.”

Libby wandered away. Passing another cardboard sign that warned DRUG and ALCOHOL-FREE ZONE, she thought she could do with a few drinks. The heat had ebbed away since they arrived and dusk would fall in the next hour or two. She untied the cardigan from her waist and pulled it on.

A woman smiled from a tent that seemed to be a quiet space with chairs and cushions.  “You’re Manda’s daughter? How are you?”

“She’d be sorry to miss you but so glad you’re here.”

Libby could guess what she said about her. A climate denier, head in the sand, a carbon footprint double hers. A party girl dancing on the Titanic.

“You’re all right, thanks.”

She tried to smile and walked on, reading the signs but avoiding eye contact. The stream of cyclists heading home from work had pretty much dried up but some families seemed to be leaving – after a day out at what felt to Libby like a festival for the sober. Amelie looked like a healer who’d dangle crystals over your belly and sing to the moon, but Libby had to admit that some of the people here seemed quite normal – or would do, if she saw them in a pub or on a tube platform on the way to work.

She noticed people washing plates in a series of bowls and draining them upside down on a tray.

“Still some curry left,” offered a thin lad from the so-called kitchen.

“I had some, thanks.” Manda would have done better but it was O.K. considering. “You know when people are arrested, how long do they keep them?”

He shrugged. “They can be back in five or six hours but it could be twelve or more. Mostly they’re not being charged and they’re well treated, generally.”

“Thanks.” Libby noticed something change around her. A stirring. People were looking in the same direction and Leo was ending the interview.

“Talking of which,” said the boy in the apron, “they’re back.”

Libby stared, frowning incredulously at the numbers. Vanloads of them! Around her people were making their way to the front as singing began.

“Let’s go.” Leo was playing protective stepdad and she didn’t mind. It was scarier than she’d imagined. “Come on.”

Sketch by one of the arrestees, shared with Extinction Rebellion