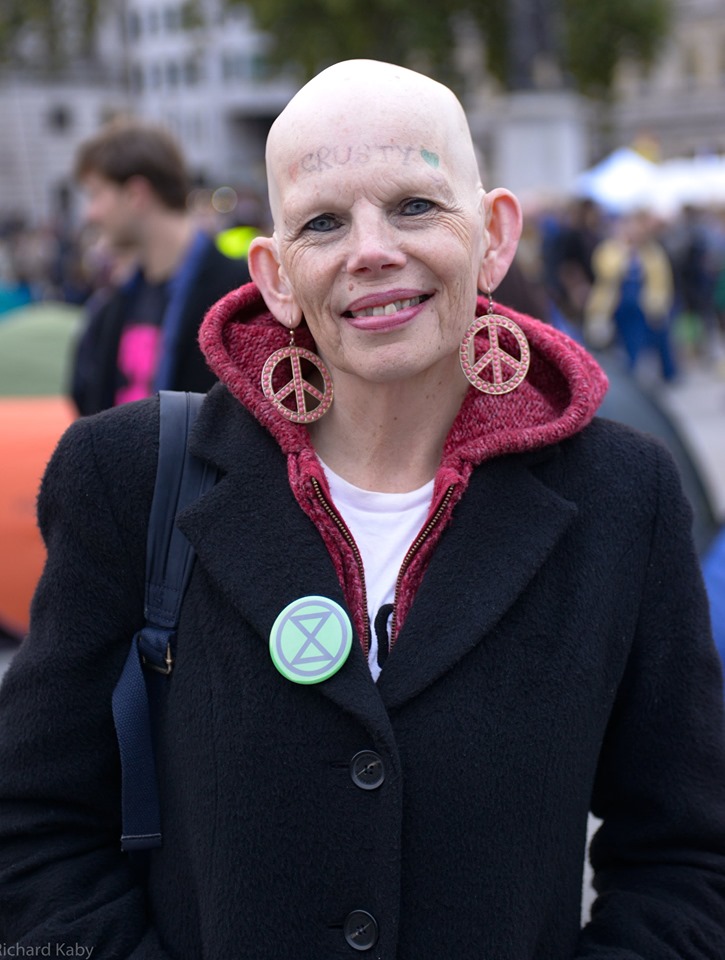 My extremist views: confessions of a Quaker grandma

I was dismayed and quietly outraged but not entirely surprised to read that according to the police anti-terrorist group Prevent, people like me are extremists. My views themselves are seen as extreme – or were considered so, until challenged. Now the Met admits to “an error of judgement”, Extinction Rebellion is no longer classified amongst extremist groups, and the requirement for schools and universities to report students who are emotional about the climate crisis, or take part in protests, has been withdrawn. But in November that directive was disseminated, and its impact is unknown. As I write, I have not seen a fulsome apology that contradicts its message, acknowledging the peacefulness at XR’s core and the experience on the ground of officers who commonly describe our arrestees as lovely. It may be that among those citizens considered moderate by comparison with people like me, there will be a fair few who are more appalled by Prevent’s judgement than by road-blocking activists. But some will agree with the original analysis, especially if they read certain newspapers, so I thought I’d spell out these contentious and apparently alarming views I hold as a rebel for life.

These are the fundamentals that unite the vast majority of rebels, along with the hope that 1000 humans, selected by sortition and given access to the appropriate experts, have a better chance of finding a way forward than politicians hamstrung by vested interests and tribalism. If more widely shared, these views could help us survive in a world that is more peaceful, more just and more compassionate as well as safe. Yet we are under media, government and establishment pressure to accept that all these beliefs are dangerous and that we should forget any campaigning for a better world and carry on consuming, competing, and prioritising our own personal desires, advancement and convenience. We are expected, even encouraged, to blame others for everything we lack and declare ourselves ready to fight for our country against people who are not like us, for oil, for power, for political gain. Greed is healthy for the economy, and the economy is apparently so precious that the survival of all species must be set aside in order to protect business as usual. And while in the UK and many other countries we have become used to leaders who lie and cheat for power, we are persuaded to accept the way politics is, to disconnect from it, to embrace cynicism as the adult position or to keep faith anyway that our team deserves to win regardless, because it’s ours. And all of this is desirable, acceptable, and normal? None of this is extreme or dangerous???

I’ve met wonderful people through Extinction Rebellion, people who are genuinely trying to be good humans treading lightly on the planet, kind and courageous people willing to devote time, sacrifice earnings or degree courses, spend a great deal of money on train travel and in many cases endure arrest and criminalisation with a range of social consequences, for the least selfish of reasons. People who choose to freeze or get soaked when they could be enjoying the telly and bed, and experience the pain of antagonism or distancing when family and friends don’t understand. My friend Anna Orridge called us countercultural, because our values are not yet mainstream, but that is changing faster than governments might wish. Of course, we are a band of individuals. Some, inside and outside Christian Climate Action, don’t share my Quaker faith as a follower of Jesus; we didn’t all vote for the same party although it’s undoubtedly true that no rebel will vote for a Conservative manifesto that doesn’t mention climate until page thirty-something. Some have professions respected by society, some live off-grid and many are creative; some look and sound conventional and others choose an alternative way to appear and use a less than standard vocabulary. I’ve met many rebels with boundless patience and forgiveness and a few with less, but love is embedded. Some fear it’s too late and many live, as I do, with climate grief. But whatever our disagreements, mistakes and disconnections, what unites us is the biggest cause in human history. And we’re not giving up.

PrevPrevious2019: Out with the old
NextFor a change: three short poems (and one more)Next