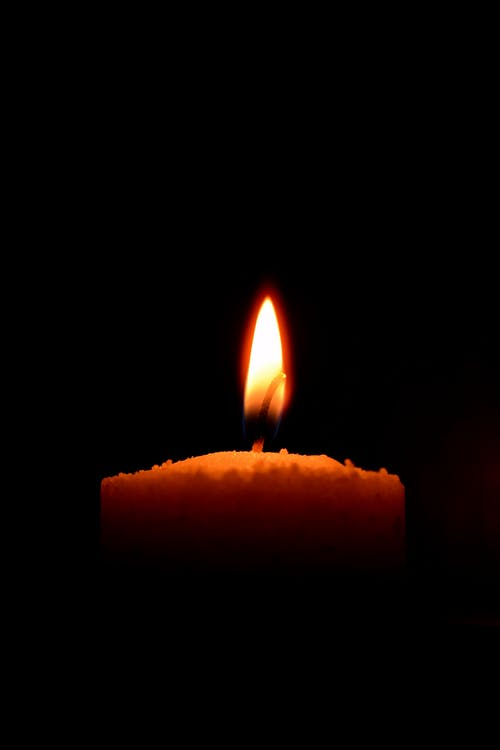 This is a very short story which continues into real time my novel, FOR LIFE, which can be downloaded for a donation to Extinction Rebellion here.

For those who jump in with no knowledge of the characters, Gem is a young mum, a new Quaker, and a rebel. Having lost her boyfriend Rob in a car crash a few years ago, she is now living with his friend Nick in London. Manda is Rob’s mum, a committed activist who has given up work for the rebellion.

Nick had promised to keep Skye entertained once she woke. Gem could rely on him to do that. No faith, he’d say, yet nothing worried him. But really she supposed his faith was in her, and the human spirit. Hers felt dampened, frayed. The streets had begun to empty like a beach in a storm, and even for a climate doomer, as the Guardian called people like her, this pandemic was too surreal to comprehend. Yet Nick had proposed waiting for the nursery to close, as if he trusted the men in suits delivering judgements from their daily podia – a government in which she had no faith whatsoever. And he seemed more relaxed about his lack of clients than she felt about attempting to work from home in a flat that had been cramped for one and a quarter.

Gem must find that inner place she could access in Meeting on a Sunday. She placed the candle on the rug and lit the wick.

Yes, happy to be taking part, she thought, and smiled back. “Thanks.” Remembering the Sunday afternoon two weeks earlier when she’d sat facing Parliament, with the Square roped off behind her, and felt the sun on her face, she realised she’d had little idea that it would come to this. She supposed she’d been in the kind of denial that allowed climate sceptics to sleep – and rage at the likes of her.

For this hour she’d signed up for, she would be solo. No one to share a pavement, a view, a conviction. Not in her front room, anyway, but they’d be out there, in their own homes. Someone somewhere had just extinguished a flame in a lounge and turned their thoughts to breakfast. The baton was hers and she needed to focus on the light.

Gem breathed in deeply and out again. There would be no more Quaker Meetings for the foreseeable future, not with real 3D bodies and those hard chairs to lift into a circle. But she was meant to know how to centre down into silence, wait on it, open to be filled. The Buddhist meditating behind her in Westminster, who could manage nine hours at retreats, had a body that gave itself up like dough. Gem loosened her own stiffness as she breathed, and inhaled the scent of bay and rosemary. She told herself it was normal to be scattered, to swirl with rising numbers, hospitals under strain and the lack of testing, but once this was over the world would have to find a path through the grieving because every living thing on earth would still be at risk.

Earth. To Skye that meant soil, mud, wellies, having little idea of a sphere in space, turning mysteriously through time. Gem pictured it, blue and white – remembering the livid red of the Australian bush fires and the Amazon blazing on as far as she knew. An evangelical vigiller had produced a tiny hand with a marble-sized planet sitting on its palm. A white palm, probably belonging to a blond Jesus. But the differences didn’t matter, or the words. Only love.

Closing her eyes, she let the word repeat on a loop in her head, thickening with a secret smile that sneaked up on her. It led to justice, which was love in action. As she echoed this new word inside, she felt conviction ebb away, as if justice was a dream that would never be lived. For a moment she imagined herself back on Waterloo Bridge, the drumbeat behind and the police line in front; she heard the song about rising like water for climate justice now. The urgency and the theatre; the bond of resolve strong as superglue. She missed it. October had been colder, tougher and way more vulnerable but she still hadn’t been charged for her cold night stuck with Manda to the tower, and now perhaps her day in court wouldn’t come.

It was a cue to hold Manda in the light. That would have been a simpler matter, given the friendship they’d settled into, without a new resolve Gem hadn’t yet shared with her never-was mother-in-law. She couldn’t let Manda near Gem, for both their sakes. Because Manda’s toughness wasn’t physical and she was thin as an addict – which was, in a way, what she’d become. Activism fuelled her but ate her away too. And if she couldn’t be Grandma for weeks, months maybe, she’d be pulp. Bereaved all over again, but alive.

Time to let the light do its thing. How beautiful the flame was, its crocus yellow beyond bright, its curls and stretches, tilts and shivers mesmerising. Such power – as if darkness could never defeat it. And yet all she’d have to do was blow. Even Skye could manage the puff. Symbols weren’t always enough, because love was fierier, rockier, more like the air than the flame, more of an ocean. Which would explain why she still loved Rob, and nothing could end that love, any more than a virus could claim him. The insubstantial flame couldn’t match such certainties. And without their shared love of a still-real ghost who lived with them all, maybe they wouldn’t make the same kind of remodelled family: her and Nick and Manda, together for Rob as well as Skye.

The word discipline nudging her, Gem reached for This Is Not A Drill, knowing having read it from cover to cover where to find the bits she needed. Sam Knights, in the story so far, and Gail B at the end. She began to read aloud. It was the part about all the world’s children being our own that she repeated, again and again, the words slow and full. A mantra. She was here for the children, those with less flesh on them than Skye, or darker skin, and no guarantee that their island wouldn’t be swallowed by the sea before they grew up, or their markets by floods. “All the children are our children,” she murmured, picturing a child scavenging barefoot on landfill, another with eyes squinting from a fur-lined hood at a ragged polar bear on a street. She’d seen so little of the world and now the only way to protect it was to stay home. Maybe she should have allowed Gem to stay with Nick’s parents where she’d have a garden to play in. But at least when the nurseries closed, London would stop poisoning small humans in their buggies. If only lessons led to learning…

She could hear Skye now, asking where she was and why, so she called, “Come and say hello.”

Eyes drawn to the candle flame, Skye seemed for a moment almost shy. “Mummy, are you crying?”

Gem supposed she must be showing her daughter a different face. Skye had read the adult reality, unmasked, as sadness. She smiled and stood to pick her up.

“I’m praying for the world,” she told Skye, wondering whether the courts would find enough evidence to justify that claim, and uneasy with the verb because of its evangelical aura of magic.

“Definitely. You can sit with me if you like but I’m guessing you’re hungry.”

Skye nodded. Her hair was at its wildest but with luck she’d let Nick brush it after breakfast, if he made a game of it.

Skye ran. Gem sat again, and told herself to clear space for the truth and the beauty. Maybe this was why Meeting Houses were pale, cool and bare, as opposed to a muddle of colour and mess.

She closed her eyes, but in the furry darkness an Earth-shaped circle rose, and for a moment she saw a red heart bloom at its centre before the nothingness made a fool of her. Reaching out both hands, she imagined rebels to hold them: a crowd to circle the capital, the Earth itself.

“You are right,” the magistrate had said, not so long before the virus broke, “and you must win.” Gem would gather the science for her own trial, if it ever happened, learn it like a poem. Manda, who’d been bailed when released from Charing Cross station hours and appeared for her plea hearing days later, was now on three conditional discharges and said she’d go to prison – as long as Skye would visit her. But that was before self-isolation, and talk of lockdown.

Rob, she thought. His name was such a big, wide, heavy word. In her head the sound of it still fractured. Would she be herself, the woman she’d become, without those months with him and everything he painted on a placard? Could he have been confident she’d never let go?

She opened her eyes on the flame and felt it at last. More than warmth or glow or even peace, it held her, safe and loved and connected with everything, the whole, the pulse of life and its wordless wisdom. Bathed in its deepening stillness, she knew it would pass, but she would remember it, recognise it again. So many names for it, but who knew, and what difference did it make?

The breath of God? A glimpse of something beyond and within and eternal.