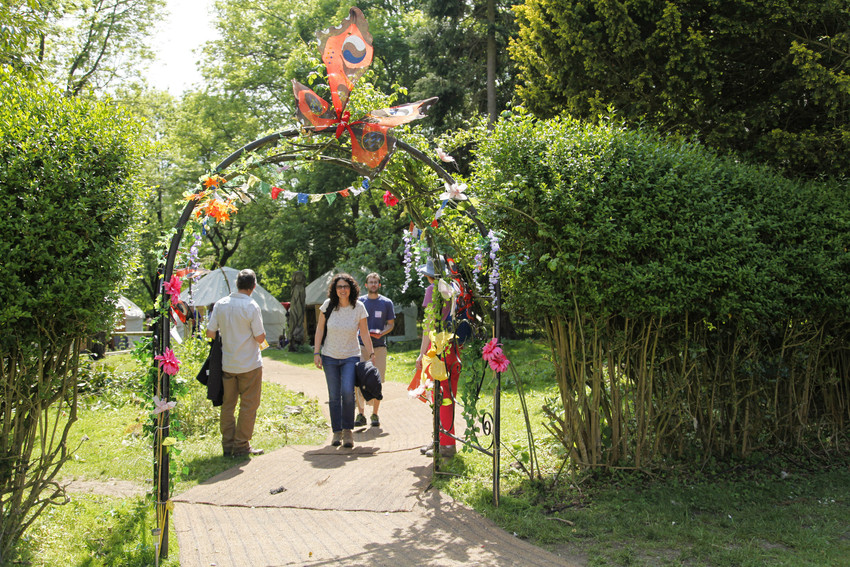 There was a land where people belonged to tribes that fought each other with words and sneaky plots. The richest people on the winning team got to rule, in law and in print. They learned to break the rules to stay in charge. That meant big lies to hide mistakes and why they made them.

The other members of the tribe, the ones who didn’t have chauffeurs and second homes and free booze at work, kept clapping because they believed the lies. Or that lies were OK as long as they kept their tribe in charge.

And the people in the other tribe were angry and pointed out the lies but the tribe in charge said they were lying. And tribe members quarrelled and sometimes forgot why they joined the tribe in the first place.

There were people in that country that didn’t belong to a tribe, because they didn’t like the rules, or seeing them broken. Or their own life was terribly hard and they had no way to believe in change.

There were people from other lands and different tribes and they weren’t always welcome. If they were escaping from bombs, the tribe in charge wouldn’t let them in. It didn’t make any difference if the bombs had been sold by the ruling tribe and made their land rich – while it left the bombed country poorer and sicker, as well as broken.

The tribe’s leaders got richer because rich people paid them for help to get richer, and the people they didn’t care about got poorer.

And all this time, something was happening around the world that most people in most tribes didn’t want to know. The whole planet was getting hotter, and living things were dying: creatures of the land and sea and skies. People far away were dying too but the tribe in charge didn’t go to school with them so they didn’t count. The air was thick with poison and the earth was burnt and drowned. A gang of storms terrorised and crushed lives. But nobody put it in print or told it in people’s living rooms. When the tribes met they talked about other things, like leaving the enormous tribe of friendly tribes across the ocean. Some of the leaders of the tribe in charge only really liked their own tribe. They only wanted their own rules. So they broke their own rules, and got rid of the tribe members who thought being in a big friendly tribe made things safer and fairer.

The tribe in charge had won again, with sneaky plots and lies. Still they didn’t take the world’s temperature, even when children in their big cities died breathing the air. When people tried to make them listen with banners and trees and songs to stop traffic, the tribe in charge sent the police to drag them away, and called them criminals. Even when a little bit of truth told by children leaked into print and into homes, the tribe in charge told everyone to carry on as normal because they had everything under control.

Even though normal life was deadly.

The tribe who wanted that to change were thinking what to do next to open the leaders’ ears and hearts when something happened that no tribe had expected. An invisible killer was born. It crept inside faraway tribes and made them so sick that sometimes they died. But not before they’d breathed death into others. In the land of our story, the tribe in charge paid no attention even though the killer was on the way. They didn’t get ready and they didn’t make any new rules until the hospitals were full and there were too many bodies to store.

Then everything changed. The ruling tribe had to make rules they didn’t think they could afford. Suddenly the land was quiet enough to think. The city skies shook off their poison veils. Some of the people in tribes were just humans now, alone in their homes, and as they recovered peace and colour and music and art and books, they started to love again. Not only those they had stopped touching, but those in other tribes, even those furthest away. Not just other humans but the trees and rivers and birds. And being alive. They wanted the dying to stop but they didn’t want to be normal anymore. Now that they could hear the earth whisper, they stopped shouting. They missed embraces, and before they crossed the road to avoid strangers, they smiled, whatever their tribe.

The silent killer that got inside people scared everyone, but not everybody stayed safe at home. The healers had to go where the danger was, and some of them died. People whose jobs were not about making money had to keep feeding people and caring for the old. So they moved each day in the world of danger. They had no time to look up at the blue sky through pink blossom. And some of them died. So did some of the poor people taking the safe people the things they’d bought, or clearing away the waste.

Meanwhile in sunlit woods, it was the ancient trees that were cleared, and the web of life broken, for money. And some of the rich people in the tribe in charge got rich as the poor grew poorer. The new poor, who couldn’t work at home, no longer slept at night. There was fear, and weeping, and anger too.

But everything had started to change and it didn’t stop. Not even when the sickness was over and the healers could take off their armour and take time to grieve. Across the tribes people saw the mistakes and the lies and the courage and the pain and they said, “No more.”  Now they could see beyond their tribe, they joined the human family. A different membership to renew. They’d rather be humans together, living fairly and kindly and protecting everything and everyone that lived on the earth. Because they knew what mattered most and it wasn’t money.

So when the leaders of the tribe said everything was all right now and it was time to get back to normal, the people said, “No.”

No to lies and sneaky plots and blood money. No to war. No to poverty. Yes to truth, and love and justice. Yes to the beauty they had glimpsed, because once it shone, the darkness cleared.

“Vote for us,” begged the leaders in charge, and the people said, “No. No more tribes. We are one.”

“But we are the law. We make the rules!” the old leaders protested.

“Not anymore,” the people said, and their cry echoed and gathered around the world. “We will make a new law, to protect all life on earth. To mend the web we tore.”

They called it Ecocide Law. It was a new beginning. And everyone saw that it was good…