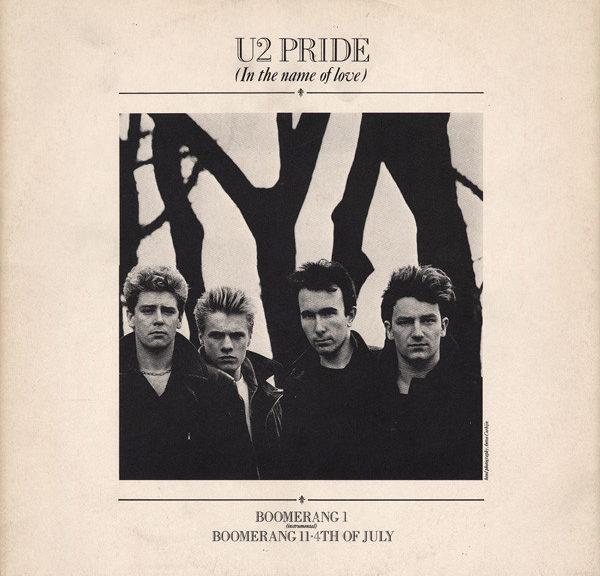 It nearly loses Darcy Elizabeth. It may explain the Union Jacks strewn around a doorway on my route down to the high street. Oh, and it comes before a fall. We have an ambivalent attitude to pride, explained in part by the two definitions the OED offers:

1 a feeling of deep pleasure or satisfaction derived from achievements, qualities or possessions that do one credit, and

2 consciousness of one’s own dignity, the quality of having an excessively high opinion of oneself.

To me 1 seems natural, an expression of the positivity most of us find helpful. We encourage each other to allow these feelings: “You should be proud of yourself.” In definition 2, on the other hand, pride becomes more of a character flaw than a quality. We judge and are alienated by such pride. We don’t like people like Darcy (unless he’s Colin Firth) until he’s redeemed by love and admits his pride was a failing of which he’s ashamed.

Apparently, then, pride is only acceptable up to a point, which is why the word excessive is key. At one end of its spectrum, pride is healthy self-esteem, a delight in a kind of validation that we all, to varying extents, need – and part of the ‘greatest’ love (uh-uh) Whitney sang about until I could reach for the off button. At the other it’s a synonym for arrogance, superiority, conceit and even contempt for others. We are comfortable with someone’s pride if it is simply personal pleasure, a reward for effort – the emotion on the medal rostrum, the Distinction certificate on the wall, the platinum disc or flush of applause. But not if the proud individual belittles others. If it spills over from the personal to the critical or superior, it’s offensive. Pride is merely self-respect until it disrespects other people. It’s the overspill that makes the difference by impacting on the self-respect of others. We like winners to be overwhelmed and grateful in their victories, to acknowledge debts to others and their achievements. I read a fine book by Satish Kumar called I Am Because You Are. As humans we are connected and interdependent. But when the proud set themselves apart, they are denying their need and their vulnerability, and claiming an elevated status that expects us to look up from a lowly position in life. Such pride is a loss of humanity to inflated ego. It’s an excess of individualism.

Here in the UK our society is highly individualistic. Those protesting against lockdown are demanding a kind of freedom that permits them to do what they want regardless of the consequences for anyone else. In America those with guns occupying state buildings and filling streets represent a more dangerous, less guarded form of individualism that refuses to be restricted in the interests of public health, and asserts the right to override the rights of others. What we read in their placards and flags is a pride known as nationalism, which sees America as independent rather than connected, with a power and identity greater than other nations. Here pride is a denial of need, a rejection of rules and a belief in exceptional status. It sets aside compassion for those who are in any way different, and shades into tribal hostility towards those who don’t share their identity as they define it. It can be expressed in vitriol and violence as, by losing touch with humanity, the nationalist denies the humanity of the other. So when I see the house with Union Jacks around the door, or the England flag on a roof, I feel a chill, and when I hear the word patriot I say, not me. That I was born in the UK was an accident over which I had no control. I feel no pride, definition 1, because my nationality was not my achievement or even my choice. I feel no pride, definition 2, because I do not consider that nationality a quality of any kind, let alone one that justifies an excessively high opinion of my country or its people. Indeed, whether I look back at history or to the present government, I see no justification for any such pride in my nation. There is much to celebrate but also a great deal to regret.

CBBC’s Horrible Histories debunked the greatness Britain has liked for many decades to claim by exposing the foreign origins of many symbols of Britishness (not just tea!) and faced an onslaught of outraged – patriotic – protest that ignored the factual accuracy of the programme. Reason makes way for emotion. Nationalism, like climate denial, requires no justification in the form of evidence. A patriot’s nationalism is in fact as personal as the pride of a girl who thinks herself prettier than the others. It’s a distorted perception stemming from inflated ego – or pride spilling into excess as it overlooks what we share as humans by disconnecting the ‘I’ from the ‘we’. In an age of fake news, patriotism exists in defiance of truth.

But surely pride in my country is important for wellbeing, happiness and self-respect? It might be, but I can’t feel it. The facts prevent it: the government’s inaction on climate change while pretending leadership, its punishment of the poor and disabled while guarding the interests of the rich, the moral bankruptcy of our arms trade and abandonment of the refugees it makes of those it does not kill. And the lies. If, however, I were a citizen of New Zealand, I would be profoundly thankful for a leader who by valuing life and health over business has kept her people alive. I would delight in that achievement, but also in the values that led it. I wouldn’t consider myself superior to the British because their government failed them – and the humanity test. I prefer to celebrate being a citizen of the world, and everything that unites rather than divides us.

What then am I proud of? Not my hair!! I needed to come top in English at school but I’m not proud of that need. Such pride is insecurity. Is what I feel about my writing pride? Well, by definition 1, yes, because I delight in it – the process itself and the sheer pleasure it gives me, quite separate from publication or rave reviews. And because there is satisfaction in feeling that what I have written is the best I can do. I see INTACT as my greatest achievement as a writer, but that’s where the pride ends. No spilling over into a deluded belief that I have achieved more in this novel than other writers in their greatest work. My pride in this latest and probably last book is tempered by my reader’s recognition of those I revere. But I can’t do more than my best and that, regardless of sales or approbation, is enough to sustain me. It’s also tempered by recognition of everything area of human achievement in which I fail: a seriously long list including driving, sewing, technology and sport.

Like any other mum I tell my children I’m proud of them. By that I mean I don’t just love them – love being unconditional – but appreciate their qualities and achievements, in particular the caring humans they are. I’m an adoring grandma, and take enormous pleasure in the small beloved’s company and filmed exploits, but aim to avoid definition 2 which would translate into an excessively high opinion of him in relation to other people’s grandchildren. Competition is built into the fabric of our society and I will celebrate anything he does well, but more importantly I hope I will celebrate his kindness and compassion, a sense of justice, honesty and warmth – values at odds with definition 2.  Am I proud of the human species? Not in the sense that I consider us more important than gorillas and whales, or even the biblical sparrows. But I acknowledge the power we have over other species, and feel ashamed of the many ways we abuse it. I am ashamed too of the inequality governments and people have allowed or even fostered, in unjust societies where some humans have power over others – and of the pride with which those who have much dismiss those who have little. I celebrate human achievements in art and music, words and architecture, but not in warfare, and not in ecocidal practices that destroy our shared home. And I think the kind of pride we see at Covid Daily Briefings, with Cabinet members and others unable to admit or discuss mistakes the government may have made in addressing (or not) the crisis, or put economics before human lives, not only fits definition 2 but carries a horrifying price – just like the price of inaction on climate. When world leaders behave as if they know better than experts, ignore evidence and can never be wrong, such pride can be terribly costly.

“But you’re proud of your activism? Of being arrested? Of XR?” Well… I’m not brave, but I can sometimes draw on the courage of conviction. Not just my own deeply-held Quaker convictions but the truth as set out by the scientific consensus, IPCC and UN. Sorry, Sinatra, but owning a ‘way’ with the prefix ‘my’ in another song I can’t endure does not make it right. That’s the mistake of the gun-toting white nationalists. I feel compelled to take whatever non-violent action might be necessary, when I can, because I have exhausted other methods of campaigning and by supporting fossil fuels around the world the government is hastening the end of life on earth. My mental health demands such action; the alternative would feel like complicity in extinction. I’m glad I didn’t duck arrest because of fear, and I’m glad I defended myself at my trial – at an emotional cost that will be reduced next time. And I’m heartened when my family tell me they’re proud of me because support always helps. I have huge respect for the fellow-rebels I know, and applaud most of the actions XR has taken, while disagreeing with a few. When I look back to Waterloo Bridge last April I am – YES – enormously proud of the way we lived together in our peaceful, loving, vegan and creative community, deeply conscious of how and why. It was beautiful and bright with hope. The love was practical and spiritual and tangible. Our rebellion changed public consciousness, pressuring the media as well as the government to tell the truth. But it wasn’t enough, and it’s hard, especially in lockdown, to find a new and irresistible way forward. Yet without change life on earth will become untenable. The death toll from climate change will dwarf the numbers lost to Covid 19.

Pride can be dangerous and divisive but maybe U2 were right. To be a quality rather than a mistake or failing, pride must be in the name of love.

2 thoughts on “Pride? At what price?”