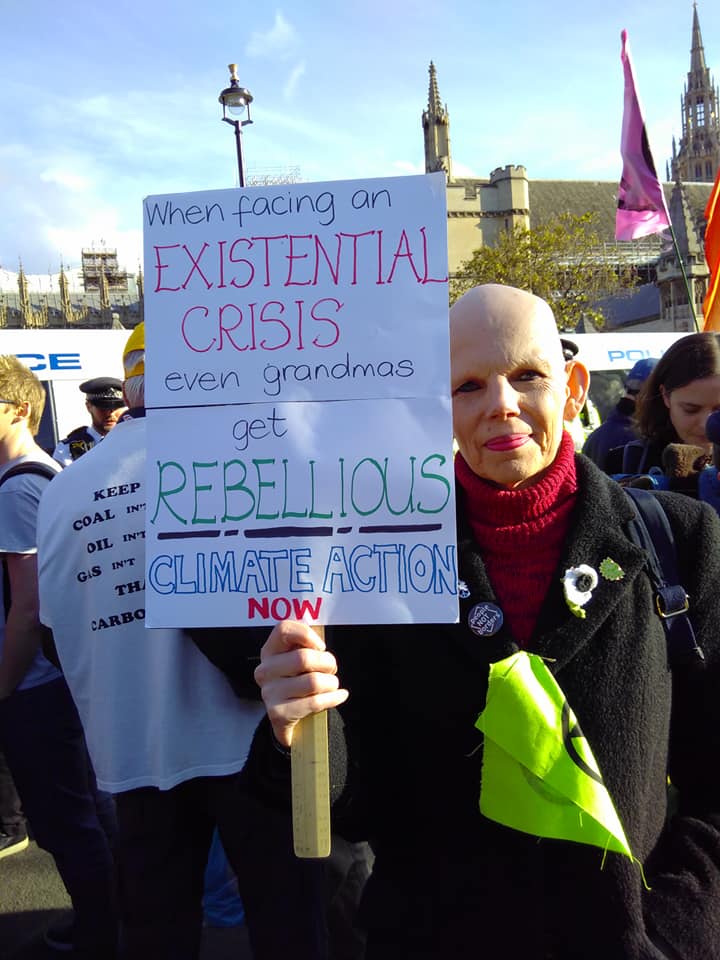 Love and understanding – or depression and climate grief

I’ve been suffering from depression and taking medication for eight months now and for me the antidepressants have really worked, so much so that I’ve swung from a kind of shame (prompting two rather disastrous failed attempts to prove I didn’t need them) to an acceptance that I am happier and more functional using them. I make no claims to any knowledge or understanding of depression – unlike the brilliant Matt Haig, whose tweets and whose book Reasons to Stay Alive I unreservedly recommend – but there are rare occasions when I understand my own emotional processes, and I’ve just experienced one.

Our feelings are so muddled, connected and conflicted that identifying them can be difficult to do, and when I recognised my depression I was confused. I knew I had always had the potential, always been romantically attracted to sadness in literature, music and film, as if I sensed from an early age that beauty and sadness are interdependent, like love and loss. So was there a chemical inevitability that as I grew older and experienced more loss in various forms, the sadness would overwhelm? Or was it something else that took me to my G.P.? Is my depression climate grief, a rational response to the facts as climate scientists explain them, because those facts equate to the most profound kind of loss that humans could fear, and experience: the end of humanity, and of life on earth? The timing fitted. After years of what I’d considered campaigning and then activism I had become not only committed to non-violent direct action as a rebel with XR, but emotionally immersed in the science, living its saddest of truths because I’d taken that truth, via the brain, into my heart – which then broke. Which remains fractured, and which I am afraid would break again if I came off the pills. Arrested for the third time last October – just before I visited my GP – I admitted to depression, and told the doctor at the police station, “I don’t know where depression ends and climate grief begins.” “No,” he said, “neither do I.” Do I know many rebels on medication too? Oh yes, more than I had imagined.

Yet, returning to the inextricable way in which feelings can be connected, it’s not so clear. We’re not as simple or as altruistic as I may have suggested. We’re selfish beings, and maybe we need to be to survive the world’s suffering. My need for medication coincided last October with two arrests in consecutive months and two court appearances over ten days, including my trial for my April arrest, at which I represented myself and pleaded not guilty at the end of months of stressful preparation and sheer anxiety. So was it really climate breakdown that crushed me, or something more personal and much less deep: fear of being criminalised (since I’ve always been a good girl and need people to recognise that) and a desperate need to acquit myself well, not just for ‘the cause’ but in the eyes of my fellow-rebels?

And what about the insight today brought? Well, yesterday, towards evening, I felt lower than I have for seven months or so. Not as unreachable as I was, back in October, because Leslie could make me smile and laugh, bless him, but nonetheless unable to meet a friend at my doorway to sign a card for my neighbour. I wondered why. Was it the science I’d read earlier in the day, warning that the temperature rise ahead of us could be sooner and higher than previously thought – up an unlivable 5 degrees – and the possibility that now we have six months to avoid the worst? Reasonably, plausibly, yes. To respond any other way would be madness! Was it disappointment and frustration that again an action I had committed to was postponed or cancelled and another reconsidered by my affinity group? Understandably, yes. There isn’t much time to delay and the pandemic has made the kind of protest XR planned impossible this year. And yet…

It was only today that I knew for sure what else was affecting my emotional balance. I was due, for the first time in a few weeks, to see my grandson, son and daughter-in-law, still socially distanced, in their garden this morning. That visit made me the happiest I’ve been for a long time, leaving me energised, smiley, positive, chirpy and at peace. This teaches me (setting aside the very obvious connection between climate grief and grandchildren) that yesterday I experienced a different kind of fear – that my small grandson might almost have forgotten me, might not take enough notice of me, might love me less than I want him to! I was dreading a kind of (relative) rejection; how needy and childlike is that? Rationally I am grown-up enough to handle the reality that he will never love me as much as I love him, because that’s the way it works. But I also recognise a deep-seated variation on loss that has been with me for some reason all my life. As an adult, in spite of feeling treasured as a child, I almost always expect to be loved less than I love, and almost always assume that I am. (I won’t name the exceptions in case I’m wrong about those!)  So there’s anxiety and inadequacy in the mix, a sense that I’m less lovable, or deserving, than the family and friends I love most. My depression last night was one expression of a desire to be loved more than I am! I could blame alopecia or never being pretty and all that jazz but regardless, it really does feel shameful! Especially as I am with a husband I love very much, whose love has sustained me through lockdown. This is some brain and heart divide.

Enough time on the couch. I share this only in the hope that it may help someone else, in the sense that understanding ourselves can help us to understand others, and that inevitably, it’s complicated so understanding will always be incomplete. And thinking about Black Lives Matters, as we all have been, I’ve made a jump. If I was brought low by the possibility of being loved less, I can just begin to imagine life for those fellow-humans who are, in a society that’s systemically racist, never valued as equals by that society and repeatedly rejected. It’s only in the last few weeks that I’ve recognised the difference between colour blindness (my M.O. all my life) and active anti-racism, a difference that is about the love I thought I lived by but also about a deeper, informed, listening and empathetic understanding. There’s blind, instinctive love and there’s love that accepts and honours the lived experience of someone else even though it isn’t mine, and even though my perception and assumptions might have been as different as my experience. Love in action accepts this experience I haven’t lived as reality, as truth. Love is the most powerful force I know, but without understanding, as 1, Corinthians 14 tells us, it’s not enough. From love and understanding, justice comes.