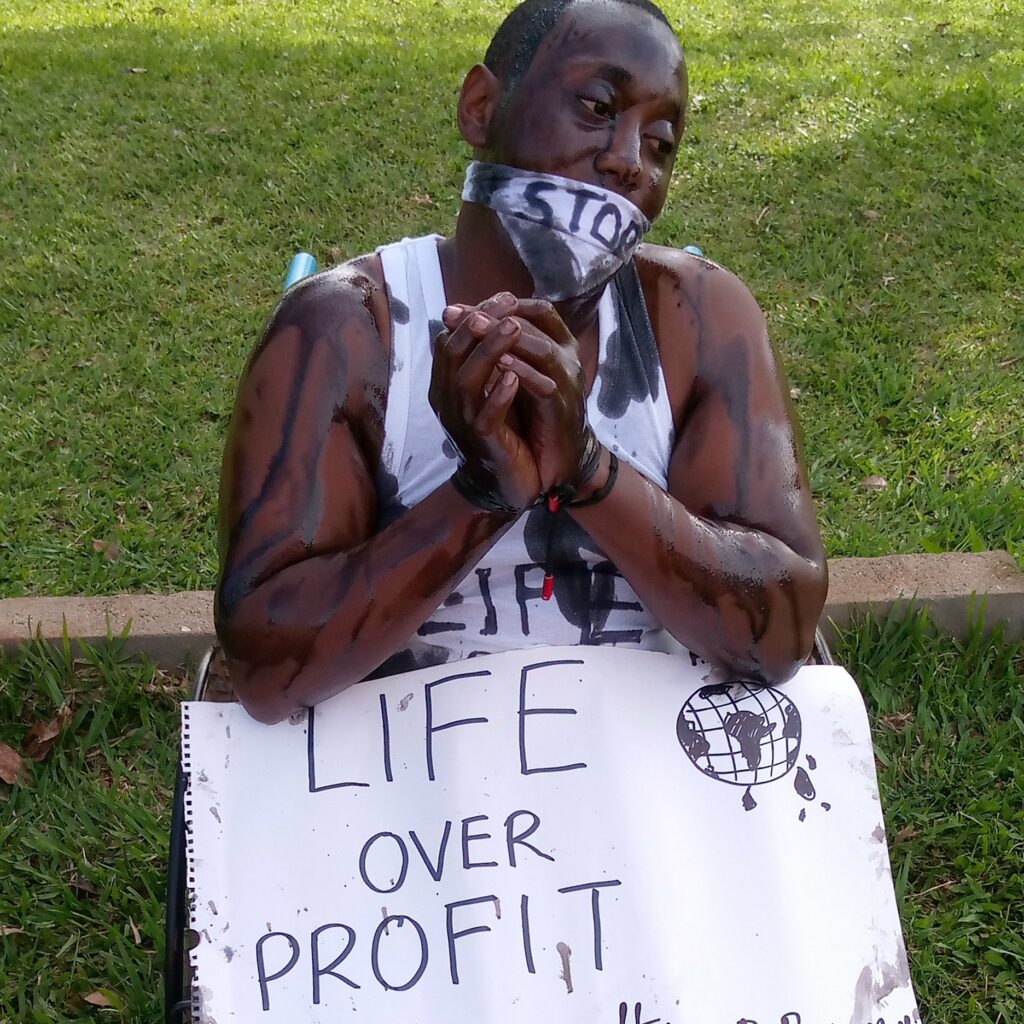 This is not a story

In a downmarket flat in a comfortable English town there lived a shy grandma. She lived with a guilt she didn’t suppose it would ever ease. But now that she had grandbabies she was determined to give them all the love, fun and care her slightly creaky body allowed. She sang to them, “You are my sunshine, my only sunshine,” in a world where the darkness gathered thick around her. There was so much cruelty and injustice, and such helpless dependence on the fossil fuels set to end life on earth, that the tablets Grandma took weren’t always enough. And there were times when fear for the future of the grandchildren she adored with a fervent, close-to-tears passion was overwhelming. If she hadn’t already been willing to sit in the road, glue her hand to a bank window, or put her arm through a metal tube to block an oil depot or printing press just to push for the change the climate scientists cried out for, she would have joined the Rebellion when the first grandbaby slept in her arms. She’d been doing all that anyway, for the other children, the most vulnerable and furthest away. Now it was the least a grandma could do for three well-loved white children who lacked nothing except the prospect of the kind of life she’d once taken for granted.

But when she was with them, or their parents, it was a case of let’s pretend, of being funny, acting up, dinosaurs and cuddles. The truth was too dark to allow in. All she really shared with their mums and dads was the arrests, court cases and personal stories of activists she admired. Not the reality. Not the details of the IPCC Reports or the Chatham House risk assessment, not the news of Thwaites Glacier… Like the BBC and most of the press, she kept shtum, because the real news was too horrifying to share with the children she’d brought into a world she hadn’t known would die so fast.

Sometimes she thought a lot about dying, which was cowardly because it was the biggest opt out of all. One thing, though, she was sure of: she would die for her grandchildren. No question. If that was all she had to do to save them, how simple everything would become. No hesitation. Wouldn’t all the world’s grandmothers do the same? Remembering being a young mum, and thinking about the sacrificial devotion of that new love, she reflected that parents dying for their children was a bit counter-productive, and that dying for her husband, whom she loved very much and who suffered as he aged, would simply increase his pain. But for a grandma, it made total sense. It would be the gift that kept on giving – if only it gave them life. And her darling partner would understand, as he mourned, because he respected the love as well as the science.

In stories love was magic and overcame evil. There were arcs and resolutions, and stirring courage. That was why Grandma had always loved stories much, much more than life, and needed to write her own. The alternative reality she created in her novels was a kind of redemption. In the books where she didn’t feature she was her best self. But they weren’t enough. They left the world unchanged and the earth on fire. And the only beauty that moved her was achingly sad, like the stories she loved best, like the innocence of the babies she couldn’t protect from a world that would steal their laughter.

If this was a story, Grandma could fight off the lions that were about to attack her babies – but since she was vegan, would never fly again and signed petitions against trophy hunting, that wouldn’t be the best climax. She could swim against wild water to rescue them from drowning. After all, they were so light that the three of them could ride on her back as she thrashed about, wishing she hadn’t let hair loss and wigs keep her away from water for about four decades. So she was left with a fire that claimed her once she’d carried the grandbabies to safety. But that was too close to the real life narrative the media shunned. Birds were already falling from the sky and cattle carcases littering deserts. The present was frightening enough, and the future defied imagination.

Baddies added a frisson to her eldest grandson’s play. “Let’s not kill them,” she’d recently deflected. “Let’s turn them into goodies instead!” Only they were the smooth kind that wore suits, flew private jets and kept government and media under their oily thumbs. No matter how many times she protested, or was arrested, she couldn’t defeat them, not with magic or even with love. Being the tragic heroine she’d identified with as a teenager was pointless if she couldn’t save the grandchildren. And the planet too.

“Trusst in me,” hissed the snake that ran Shell as he trailed greenwash around the earth. “In that knowledge,” cried the White Witch, with Aslan under her knife, “despair and die”. Give up, it’s hopeless, said the goblin clawing at Grandma’s brain. The climate crisis is overstated, agreed nearly half the participants in the You Gov survey, before (and after) booking post-pandemic flights. “I serve the truth,” whispered Grandma in the darkness when no one heard. She’d become obsessive, fanatical, extreme. And when she said goodbye to her grandchildren, she left the fun behind. “To conquer death,” sang the Seventies Jesus of Superstar, “you only have to die.” It wasn’t the death that was the problem, she’d explained to the profound young philosopher who wasn’t sure extinction would be such a bad thing. It was the dying: the suffering, the expectation, the chaos and terror and multi-sensory CGI drama. And the loss that already made the beauty acute.

If this was a story, the tears would be joyful, the ending exquisite, emotion rising and swelling above sentiment and absorbed down deep. Like the child she used to be, who imagined hunger striking until the killing stopped, she’d be the hero, alive or dead. But it was real, and all it had in common with the stories was the love. The narrative was suppressed, and what broke through to the light was jagged, torn, threadbare. People like Grandma were troublemakers, or words her mother didn’t even know. They were enemies of the state and people. And all the love that bound them was redacted, lest anyone caught glimpsed its brightness and felt its power.

So it wasn’t like the dark night when the ogre looked down on her grandbabies in their cots and licked its lips at three tasty snacks, but Grandma blocked the way, called herself a three-course meal and offered herself on a plate if it only let the babies dream on  (a far, far better thing than she had ever done). There was no way but the hard way, the scorned way, the way that led regardless to the final ending. The only path worth taking, whatever the destination.

She’d better keep on keeping on.